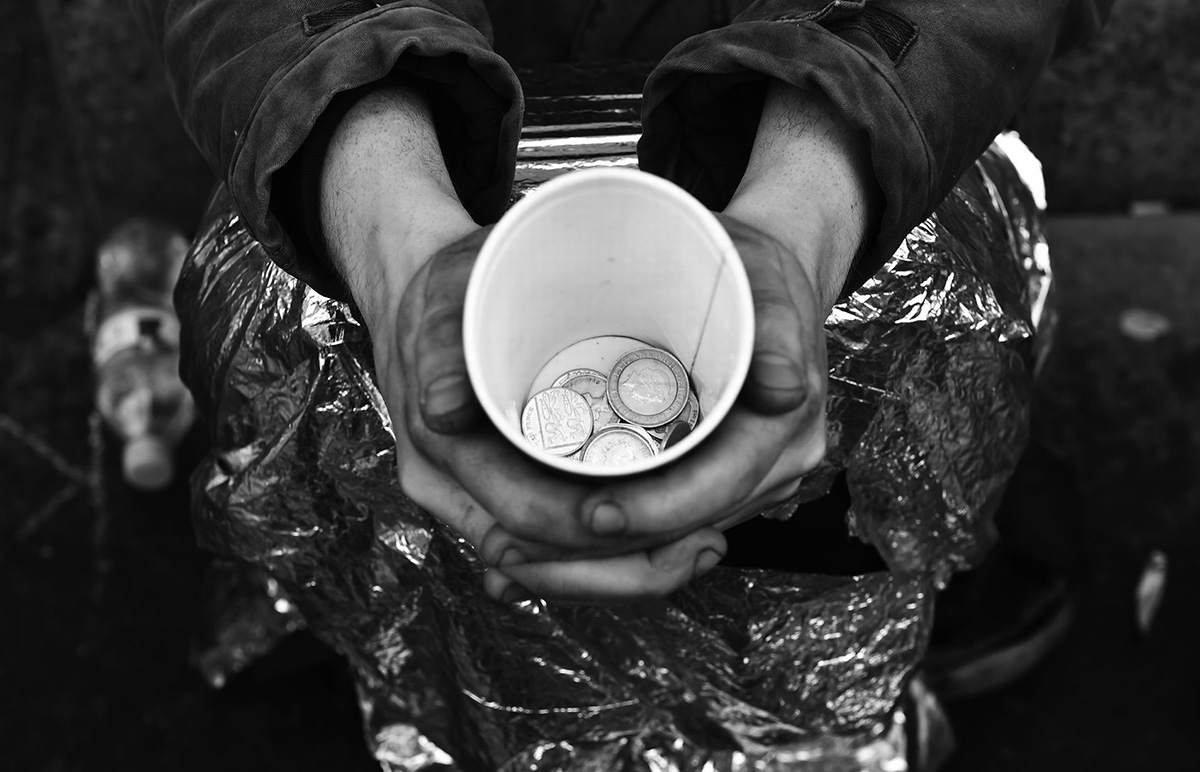 The day begins and you wake up. Facing the wall like any other day. Only, this time it's not the wall of your bedroom. Chewing gum covers cracks and the stains from someone else's night out leave a stale odour. The sound of foot traffic and luggage being dragged over pavement are now your alarm clock - but there's no snooze button.

This is an average day for the thousands of homeless in major cities across the globe.

On a cold morning in January, I set out on the streets of London, with an objective to remain displaced for a total of 48 hours. After consultation from an undisclosed charity organisation it was clear that what I was about to do had it's risks. I was going to be alone. It was going to be cold. And furthermore I had no idea what to expect. I'd tried to prepare myself mentally, imagining certain scenarios and how I'd react or overcome them. My clothing not only had to keep me warm but more importantly dry with the forecasted downpour of rain. I left my house at 10:50am on a Wednesday and returned feeling tired, remorseful and defeated after a mere 26 hours. These are some of the things I learnt about homelessness and my own self...

1. THE BEST TIME TO SLEEP IS DURING THE DAY

There's a reason why you see homeless sleeping during the day. Our first assumptions might be that they're in a drug-induced coma or even that they are just lazy and don't want to move. Not to say that these causes aren't out of the question, but the fact of the matter is that the streets are much safer during the day. The majority of physical attacks on the streets happen out of sight in the wee hours of the night. Ever wondered why you see homeless sleeping in the noisiest and brightest places in the city? Put simply, the more people that can see you, the less likely you are of being robbed of your belongings or harassed by binge-drinkers of the night looking for a rise. I only endured a few hours of restless sleep on a street corner of London's Victoria Station but at no point did I feel safe.

Not surprisingly, recent reports, suggest that bus tickets are being given to vulnerable rough-sleepers to stay safe and warm at night. Two out of five hours that I slept were on buses between Kings Cross, Heathrow and Victoria. I definitely wasn't alone.

2. SHOES ARE PERMANENTLY ON

One of the major ongoing health issues for homeless is foot care. Imagine, it's winter and you put your shoes on in the morning to leave the house. Instead of coming home in the evening to take them off, they're still on. All night. And the day after that. And weeks later. On top of the lack of air getting to your feet, you're probably walking around a hell of a lot! You can understand why the shoe of choice for someone living on the streets is a pair of comfy trainers. I soon learnt the hard way that your average pair of Converse All-Stars is not the best choice of trainer. Note: They ARE NOT designed for walking 26km in a day. Many homeless refuges such as The Passage near Victoria provide free podiatry clinics. It's not a job I could stomach, but it's great to see this service being provided by some extraordinary people.

3. MENTAL ILLNESS IS BOTH A MAJOR CAUSE AND EFFECT

Society is still coming to terms with the notion fact that mental illness is a legitimate disease. Whether it be depression, bi-polar or schizophrenia these are all caused by chemical imbalances of the brain. Granted, some cases are hereditary, whereby others are drug and alcohol related or situationally caused. Each persons case differs, but there's no doubt that depression is a major player. 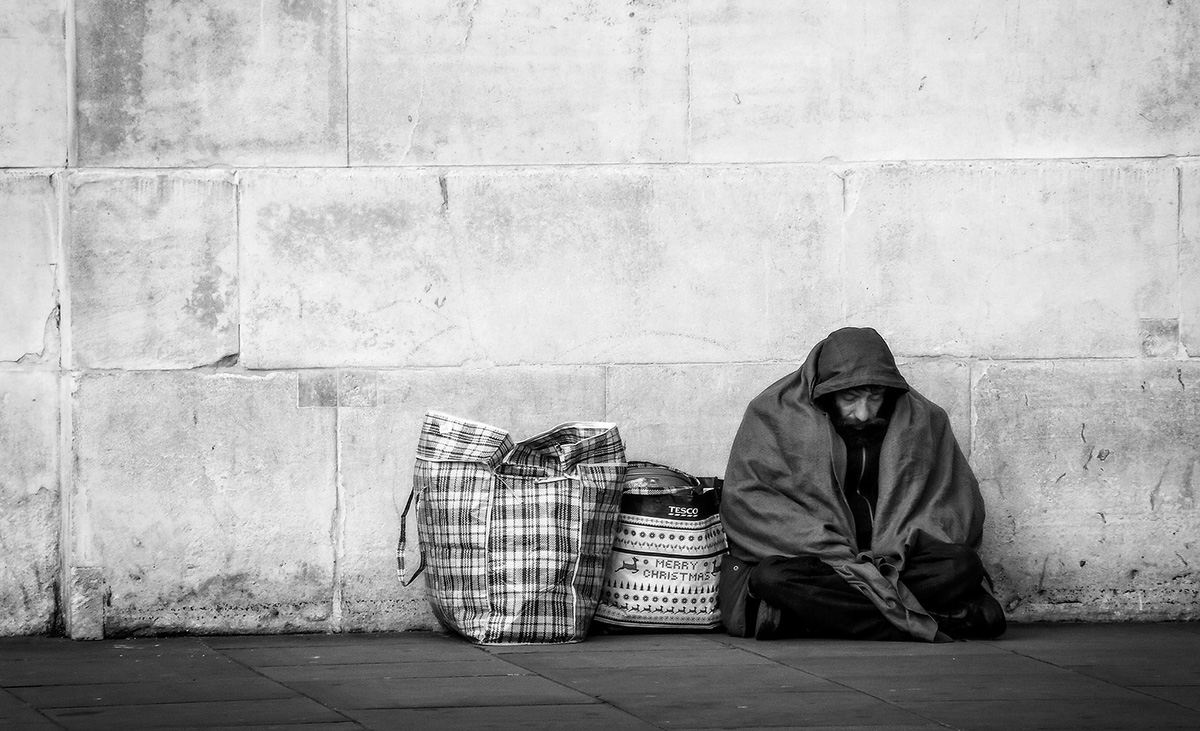 Imagine for a minute that you've lost your job...you can no longer provide for your family...you turn to alcohol to get you through the tough times...the pain can no longer be numbed by alcohol so you turn to drugs...depression sets in and you decide your family are better off without you. Enter homelessness. On the other hand, imagine you're brought up in an unstable household. You decide that it's safer to leave and find refuge on the streets. Months and years pass without any support and you feel completely worthless. Nothing in your life or the world around you brings joy aside from drugs and your body is no longer able to produce serotonin. Enter depression.

The 26 hours alone gave me plenty of time to gather thoughts. A lot of thoughts in fact. I can't imagine what must go through one's mind after spending considerable time displaced from society. Sometimes all it takes is having someone to talk to, and thankfully there are. Organisations such as Shelter provide ongoing mental health support and often having a healthy, positive mind is the key ingredient to overcoming homelessness.

4. WHAT DIGNITY YOU ONCE HAD IS LIKELY TO WITHER

Most of us care about what others think of us. That is of course until the moment you have to put your used coffee cup in front of you in hope that someone walking by, drops you 50p for the next 'cuppa' to keep you warm.

The hardest part for me was having to lay my pieces of cardboard down onto the wet pavement to sleep on in the bright lights of Victoria Station. I must have circled that area three or four times before no one else was around to see me prep me bed and face the wall. Nor did I want to show my face when I woke up at 6am. On the flip side of things, it was also hard to get anyone to look at you when you're sitting there on the pavement with a sign in front of you.

A homeless man on the streets of Sao Paulo sitting by the road.

It’s not often we’re faced without a bathroom when in need. Whether we’re at home, work or even in between, there is typically one at hand. If you don’t have a home, a workplace or spending time socially in between the two, your point of call for relief is the trusty public toilet. That’s if there’s one available.

In the hours I spent displaced, I, as many other rough-ians found digestive respite in a McDonalds restaurant. Not only are they clean, but they also help provide somewhere safe from the weather. McDonalds cop a lot of slack from the public for their fast-food being immensely unhealthy but for many people they provide a safe haven. Although, I did witness one homeless man being escorted by 3 members of staff from the McDonalds in Kings Cross for yelling abuse to customers and trying to lock himself in the disabled toilets. I'm sure this doesn't happen every day.

People's lives change and for the most part they're good changes. Sometimes they're bad but we manage to get back on that horse and ride again. Other times, that horse runs away and you're left, cold, alone and stranded. 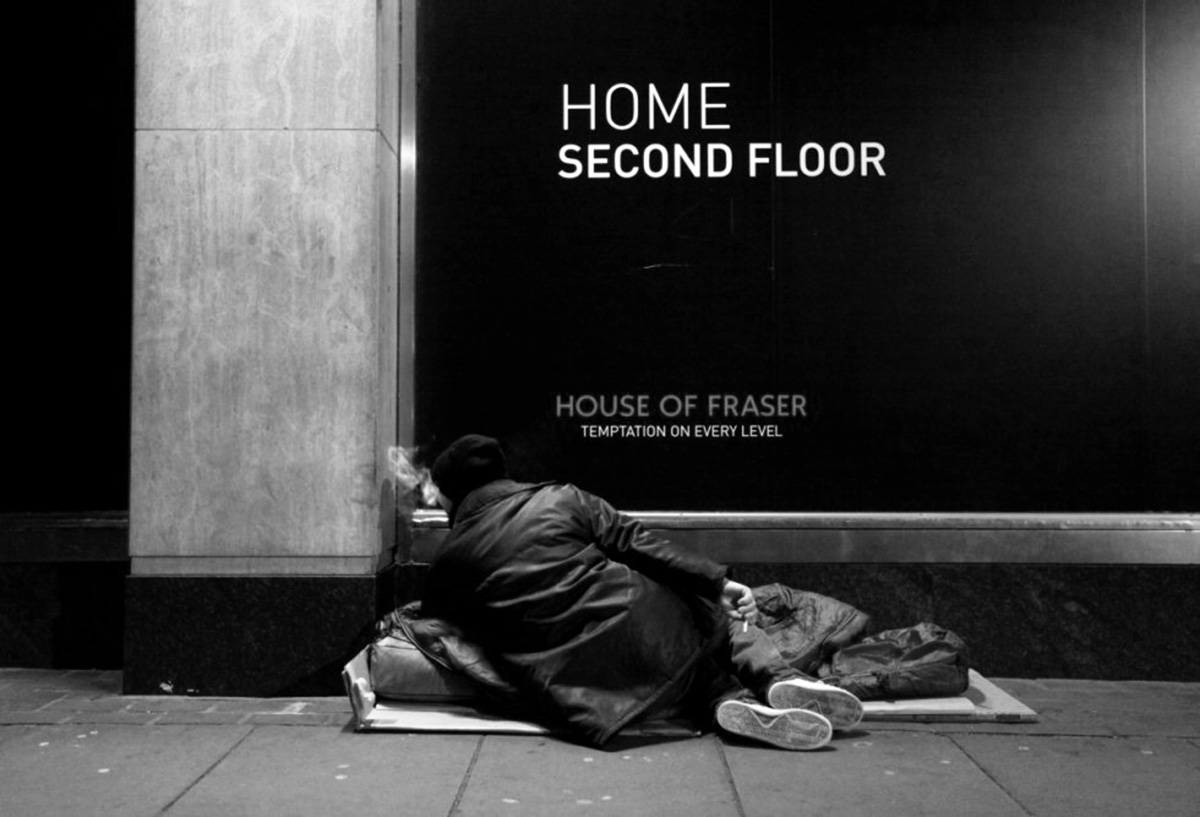 7. YOU DON'T HAVE TO LOOK HOMELESS TO BE HOMELESS

Many more people than you realise are without a home to go to. Studies have shown that on any one night in London, there are more than 3,500 people sleeping rough. That's more than double the capacity of the Roundhouse in Camden!

My journey on the N9 brought me to the doors of Heathrow Terminal 5. It's not the first place you'd think to find dozens of homeless but honestly, when was the last time you questioned someone sleeping on a bench in the terminal? At least 4 other regular-looking people on my bus got off and then just slept inside the main doors. A girl next to me, no older than 21-years-old wrapped herself around the armrest so that she could lay flat. Clearly a technique she'd perfected over time as when I tried it, I nearly fell off! 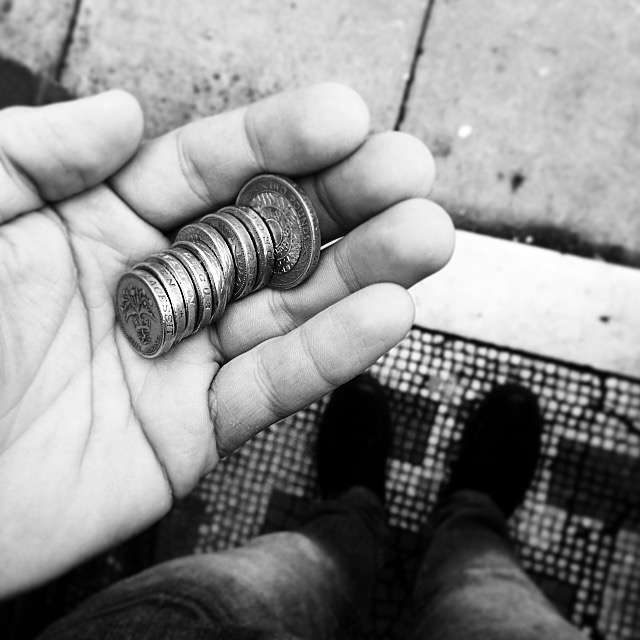 Stepping out: £10 and an old phone was all I left the house with in my pockets.

Since braving the cold and wet streets of London that night, I've been asked loads of times..."would you do it again?" and the answer is "YEAH, I would!" It was an amazingly grounding experience and helped put many things in life into perspective. The biggest adjustment was not having somewhere to go, ever-wandering. We travel every day with purpose, then come back to a base. Not knowing where that base was going to be that night gripped the deepest depths of fear inside me and that was only for the one night. I feel for anyone who's ever been in that situation but urge others who haven't, to do something similar to what I did... just don't wear your oldest pair of Converse All-Stars as you'll probably end up with blisters!