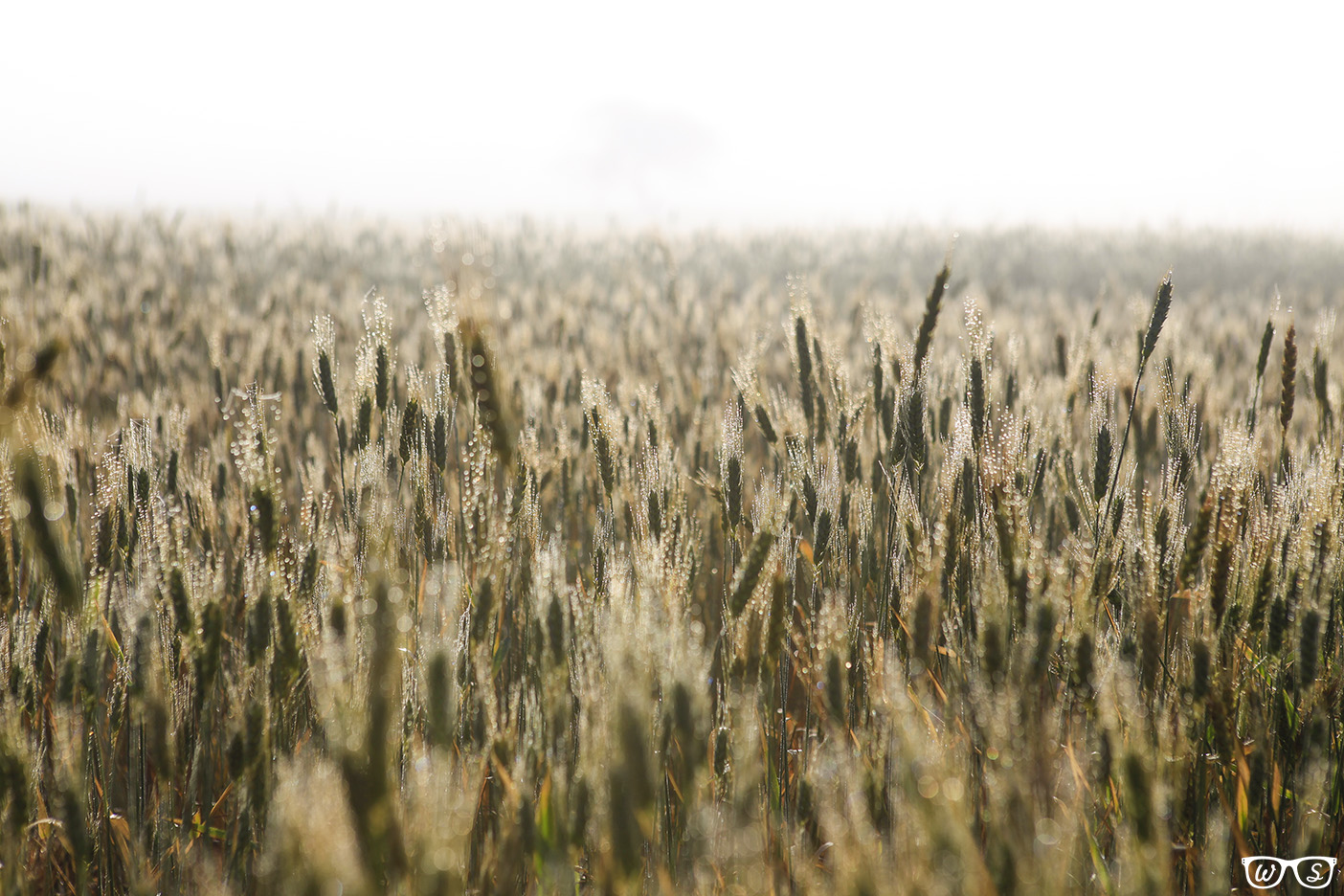 Our set off time was delayed because of heavy fog. Stepping out into the cold was like transporting into something from an Ang Lee kung-fu blockbuster. Rice and wheat fields were on either side of our narrow path, which took some concentration due to the low visibility. Droplets of night mist stuck to spider webs and after a short while, moisture from the air had made my beard wet.

At this point of the trip, I began to feel a sense of sadness. I felt like the best had past and although Inle Lake was but a few hours away, I knew what we had experienced was probably the best way to get a closer truth of life in Myanmar. It may have had something to do with my multiple blisters, lack of sleep and ongoing tummy-troubles but my excitement was fading away.

'Jimmy got his shirt off once more, and once more the locals would stare...'

After passing the foggy mountains, the terrain opened up and we once again stripped off to bare layers. Jimmy got his shirt off once more, and once more the locals would stare as we passed villages. 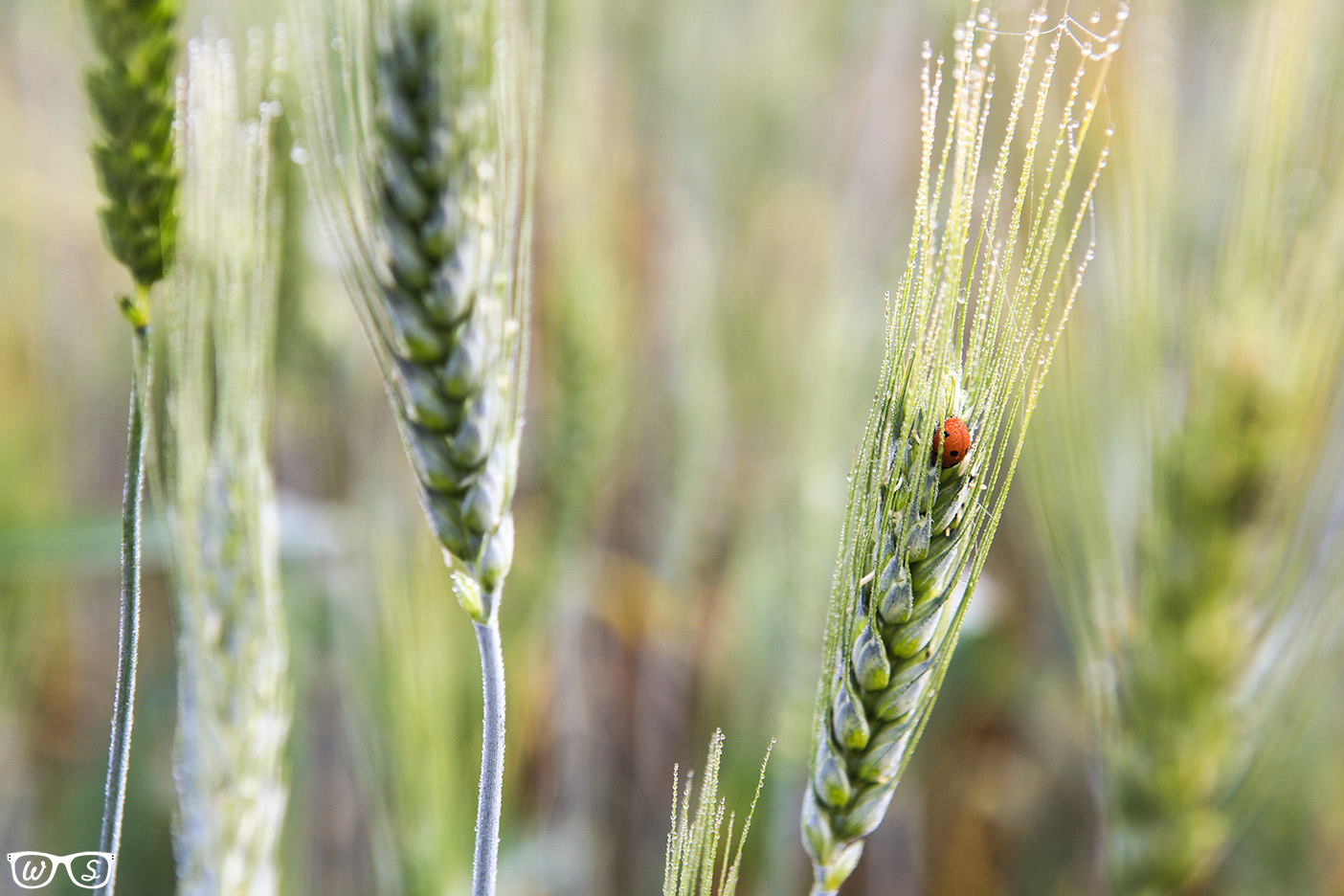 Dew grips to wheat fields, as does this Lady Bird.

The three days spent together brought us all together and we'd finally had a better understanding for each other. Richard would go off on his random path ahead or behind us, but hardly ever with us. His journey was always different to ours and what he took from the experience was probably more of a personal one. With Patrick Watson playing in his headphones, he was mostly zoned out but we were all used to it. A short but sweet commentary, point of view or genuine offering of water would let us know he was still a vital part of our team. Cathy was worldly for someone so young, and had a heart of gold. I had full admiration for the extended travel that she was doing and the fact that she'd left a loved one behind. Full credit to both of them who obviously both had a complete trust in each of their journeys. Then there was Jimmy and Tor. Like an old married couple they would bicker and argue constantly, one balancing out the other in personality. You sometimes go a long time travelling solo and not cross paths with like-minded people to share a journey, but I was lucky to meet these two jokers on my first day. Okay, That's enough bromance for everyone... 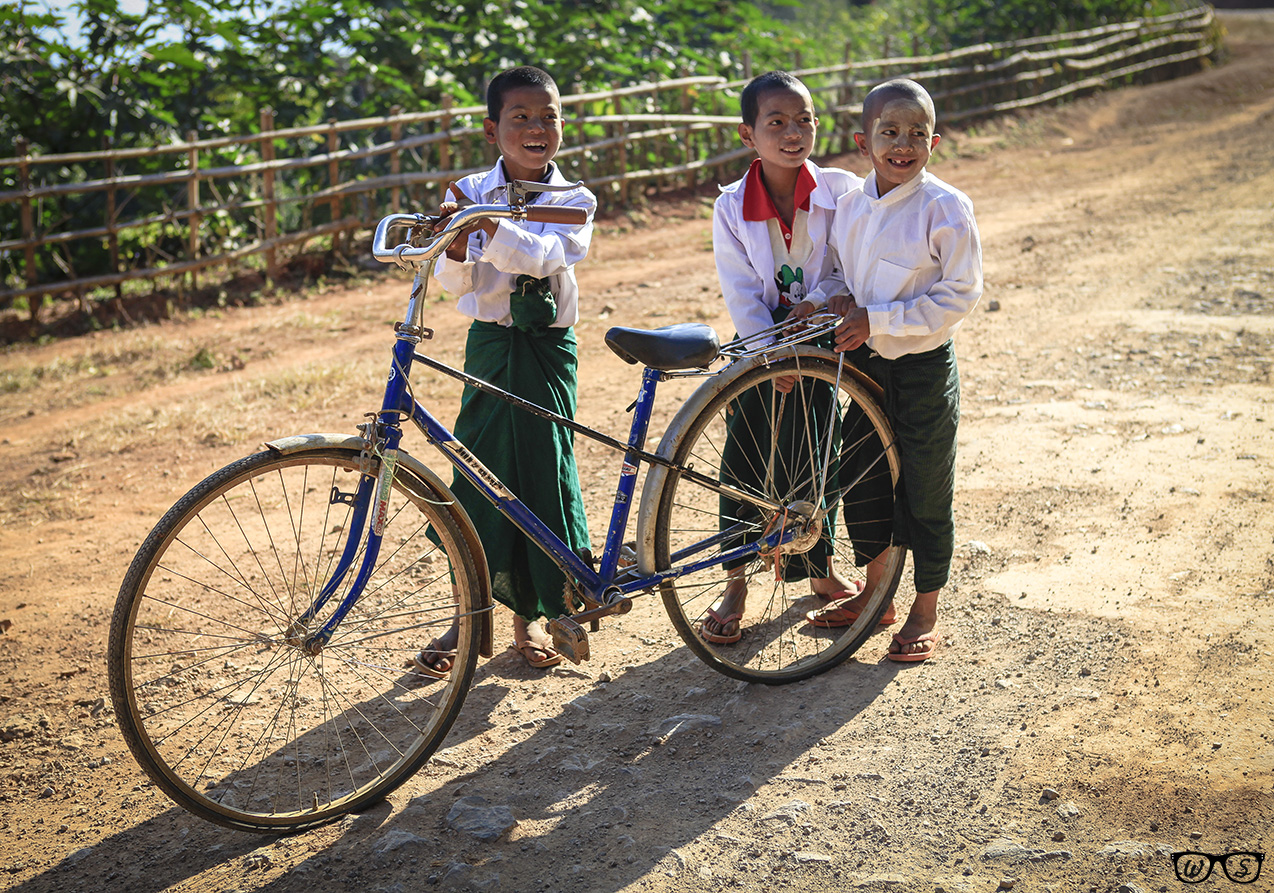 The Village Bike: Three is obviously not a crowd. 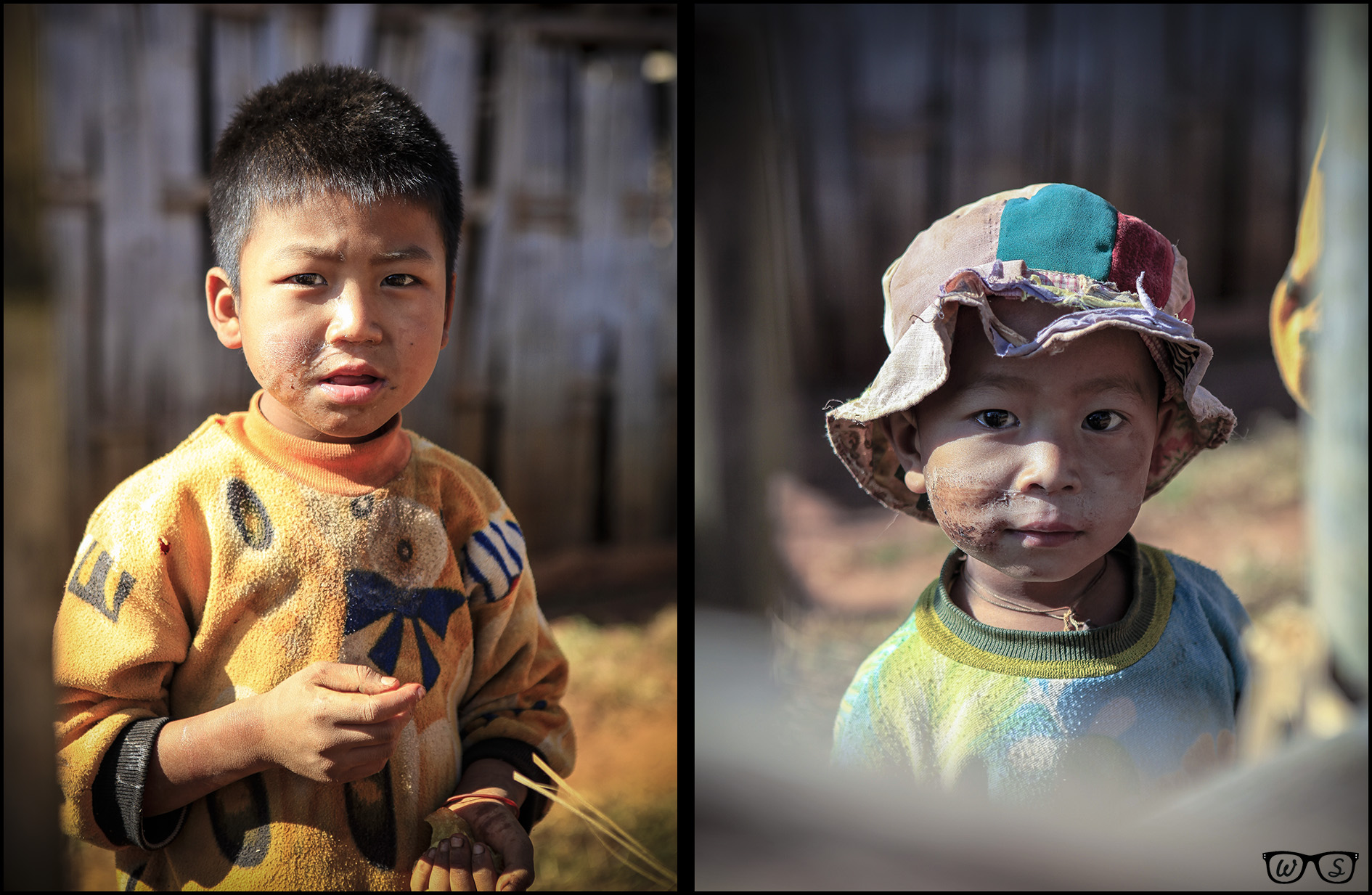 After a short stop for tea, we passed through more small villages and were greeted by children on a bike. Yes, just one. Twice their size, they helped push it up the hill with huge grins on their faces. I'm not sure if they were skipping school or were just allowed to leave the grounds to play but the shear simplicity of their enjoyment was endearing. The school only consisted of a few rooms and a dusty red playground which sat afoot the hill. As we left the village, more children came running out of their doors to watch us behind fences and put their hands out for any offerings. We mostly just had crisps to give them but they seemed happy. One boy had some strange white markings on his head, which I found out was likely to be a fungal infection due to poor hygiene. 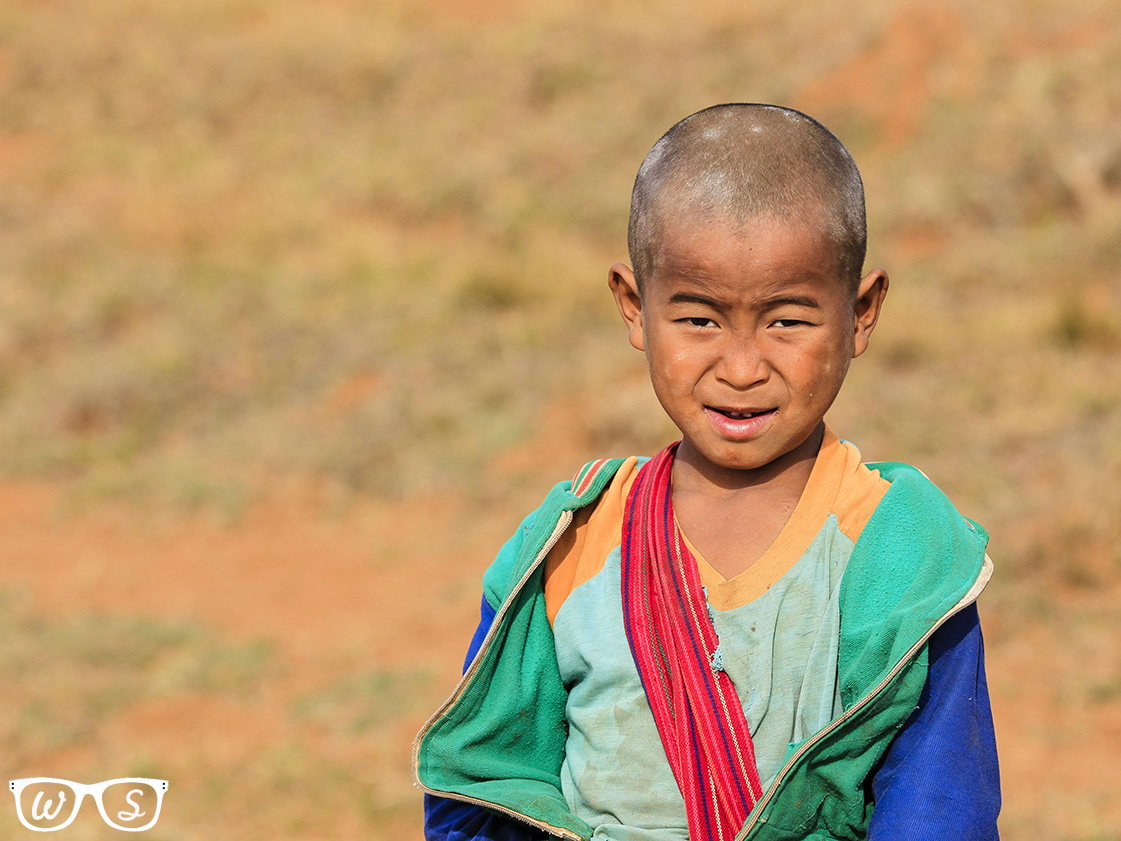 A boy greets us in his front yard en route to Tone Le Village. The white sports on his head are likely to be fungal infection.

Tone Le Village was the last point for us before hopping onboard a boat to cross Inle Lake and stay a couple of nights in Nyuang Shwe. This hub for trekkers was our lunch stop, but my stomach pain had come back so I stuck with the rice noodle and chicken broth. Simple but good. Familiar faces kept pouring in with their groups and after being split up for the last 3 days, many were reunited again.

At this point, we said our goodbyes and sheer thanks to our humble guides We We and Yu Yu. Time for one last photo before getting on that long raft... 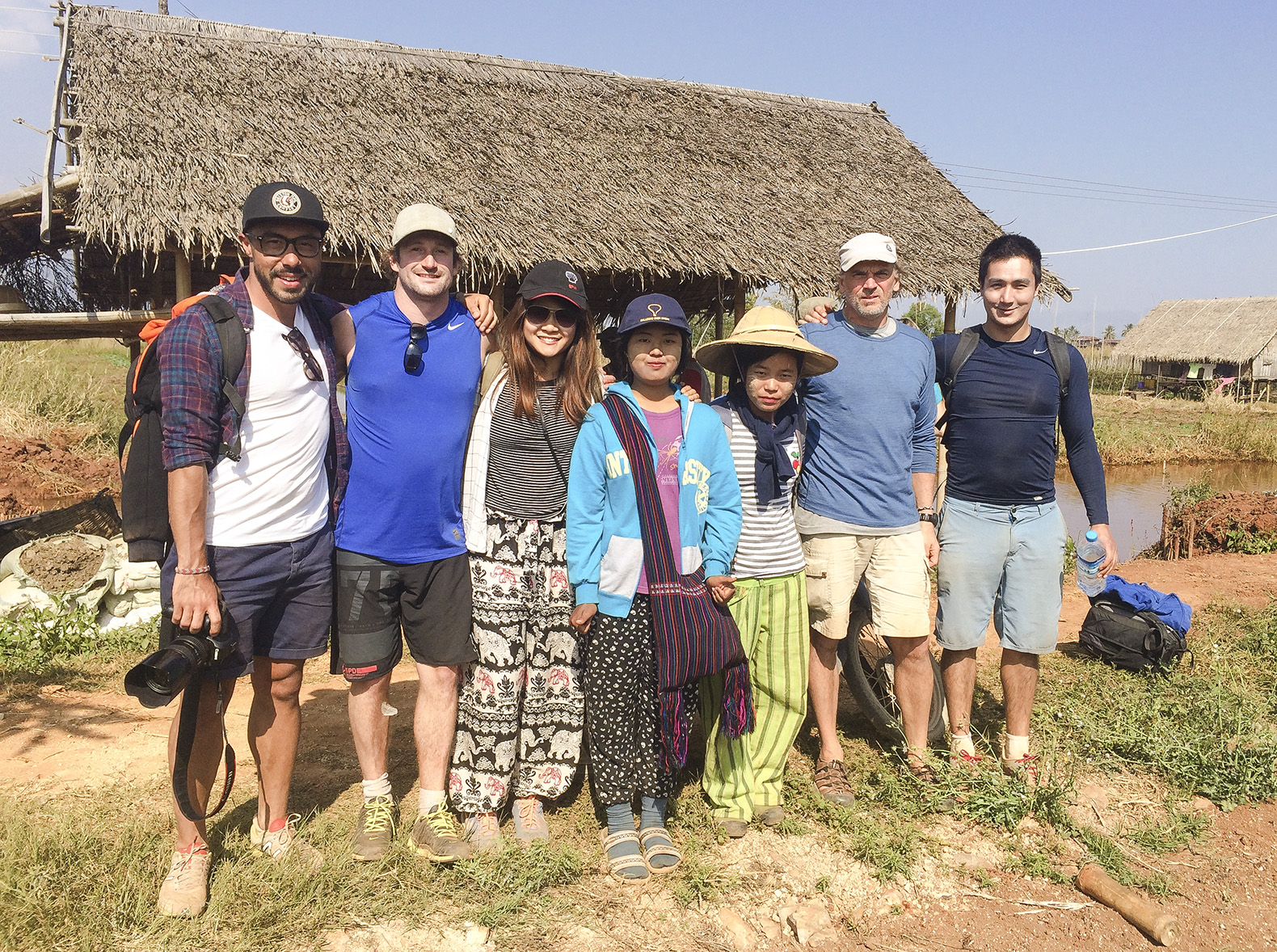 If anyone has the opportunity to travel to Myanmar, then a trek through a remote area is a definite must! I'm not saying it has to be done from Kalaw to Inle Lake, as I'm certain there are more remote treks and different sites to be seen. What I am certain is that each step you take, you'll feel a closer engagement to the country and their beautiful people. I actually think that enduring the 3 days with increasing internal and external discomfort made the experience just that more real.