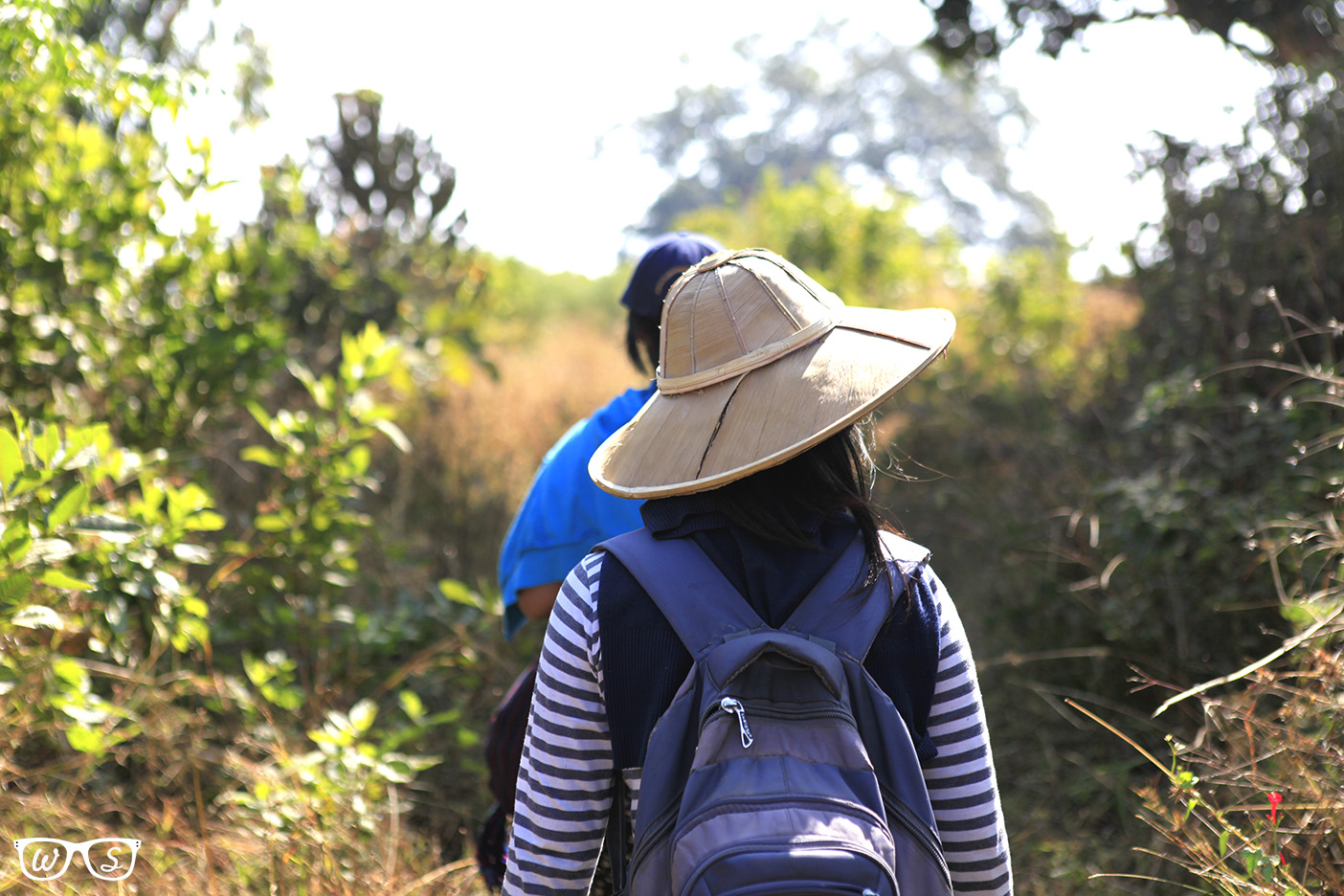 I pride myself on having an iron stomach. Deal me out a spicy curry or something I haven't eaten before and I'm typically fine when others are left squirming. Not this time. After a bumpy 7hr bus leaving the lavatory luxuries of Mandalay, I was reacquainted with the squatter.

Arriving in the mountain 'resort' town of Kalaw, I was definitely caught by surprise. Not only by my gastric dysfunction, but the amount of hotels, clean restaurants and trekking companies it had to offer. For the first time in Myanmar, I felt as if I was on the Banana Pancake Trail of SE Asia. Despite being a tourist hub for trekkers, our guesthouse was cold, dim and without hot water or wifi. In all honesty, it was the perfect introduction to the following 3 days and 2 nights...

With our bags packed, we braved the foggy mountain air and headed down to Sam's Family Travel to meet the rest of our trekking party and say goodbye to civilisation for a few days. My travel buddies Jimmy and Tor were Canadians and somehow fate paired is with two more. Cathy, a recent graduate with Chinese parents from Calgary, and Richard, a delightful free spirited 57-year-old retiree from Montreal. I rarely travel in tour groups but from what I know in the past is that your travelling experience can greatly be weighted by the type of personalities (or lack of) that you're matched up with. Our group, led by 21-year-old Yu Yu and her apprentice We We, had a nice balance of just that.

Swiftly we scrambled back as more shots were fired...'

After only half an hour and enough time to get to share our story with the guides, we were faced with gun-fire in the immediate direction we were heading. Some parts of Myanmar are classified as unsafe for foreigners but I didn't think this was one of them. When Yu Yu said it was "mining" we all felt much safer until moments later we were turned back by a group up ahead. Suddenly the situation had gone to a code red as it was now because of "fighting". Swiftly we scrambled back as more shots were fired. 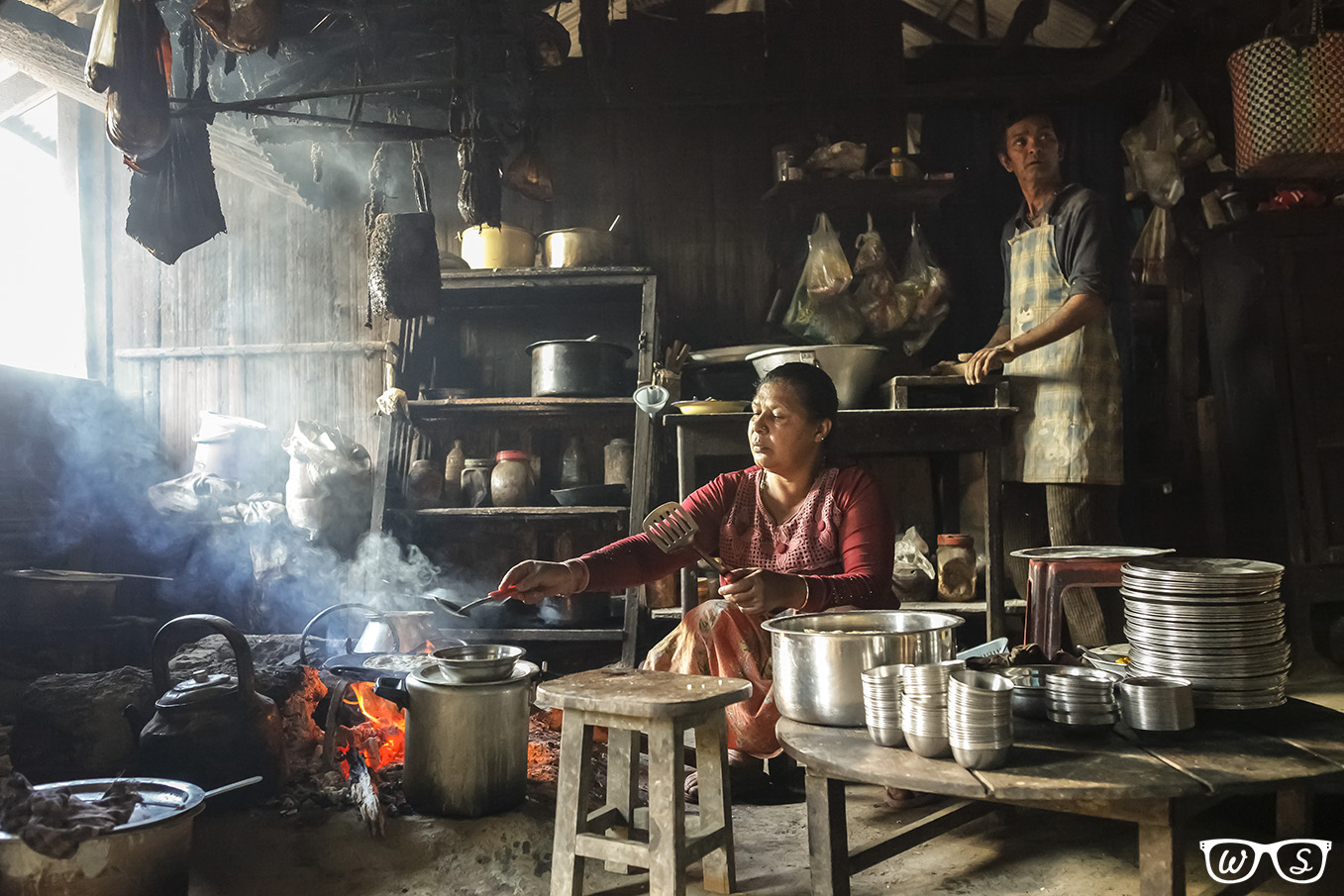 Rerouted, we met other trekking groups and set off together to our spot for lunch. On the way we encountered the Burmese version of the Funnel-web Spider, which made haunting tunnels into the side walls of our path. With vibration and Jimmy’s echoing voice, the spiders were frightened back into their holes, never to be seen in the full. A side from the numerous spiders, we also passed and met green tea pickers who showed us the youngest leaves are the sweetest…all with a shy smile, hiding under the breams of their traditional bamboo hats.

The setting for lunch was atop of Setkyagon, where we were given a spectacular and uninterrupted view of the neighbouring valleys. Steaming roti was served with avocado salad (guacamole) and freshly cut oranges, while the hosting family’s chickens ran freely. Despite other trekking groups joining us on the mountain top, the cool breeze helped dissipate their voices and we were left in almost silence to take in the views. 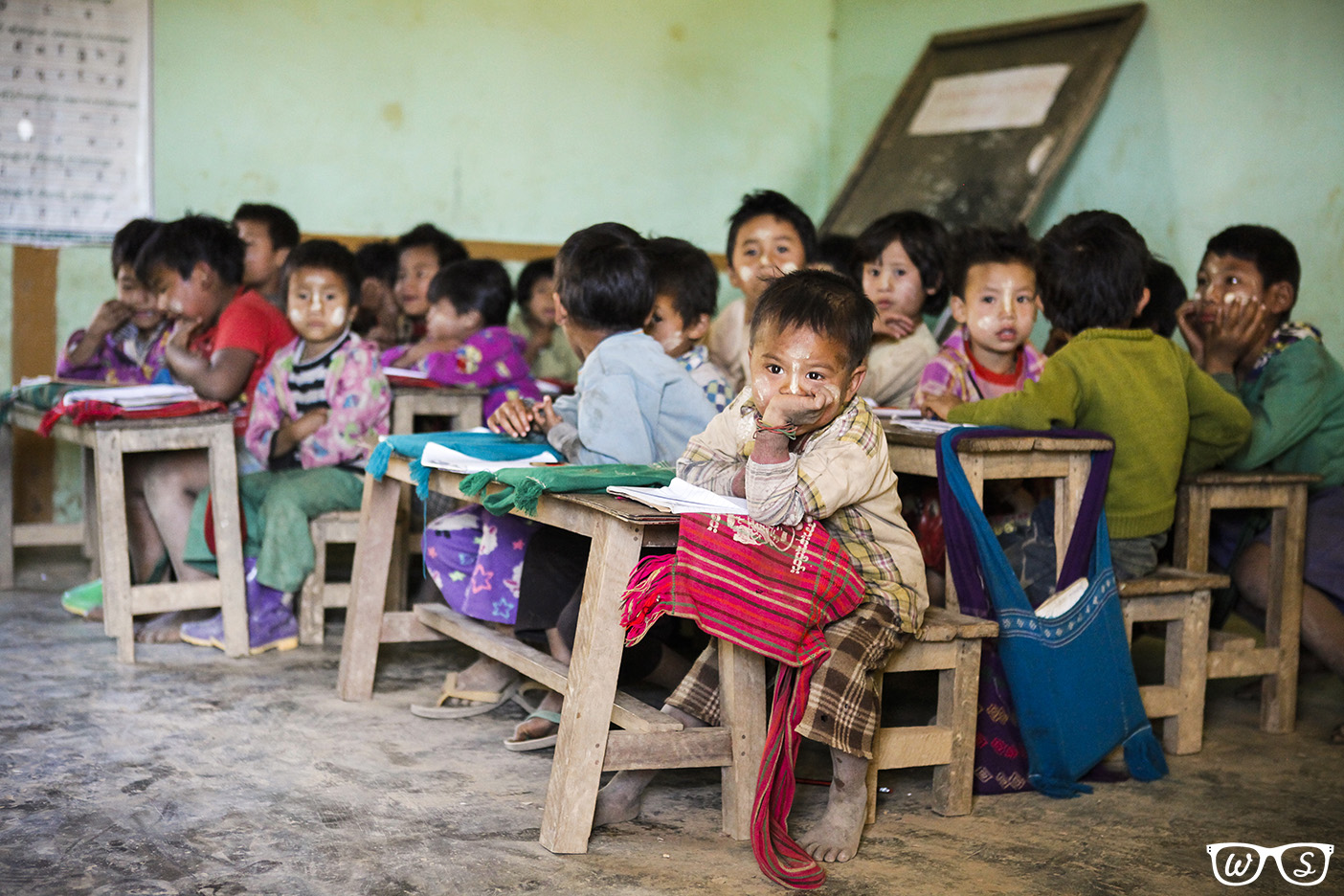 Day dreaming about the world outside. A young boy in a remote village stares outside while his peers talk amongst themselves

Following our break, we passed a few small villages along the mountain ridge. At the centre of these villages, was the sound of children’s voices in unison. At first it sounded like playground banter but upon arrival we discovered it to be several classrooms speaking in repetition to their respective teachers. Grade 1 learning Burmese and basic arithmetic, while Grade 3 to 6 concentrated on their English lessons. Somehow their focus did not stray from the blackboard despite our distraction of chatter and photo taking. Their snotty-nosed faces glued to their teacher. As we watched, so did a young boy who was extended onto tip-toes, gazing into the room in awe of those who were in attendance. This brought sadness, as our guide told us that his parents might not have been able to afford the small fees. 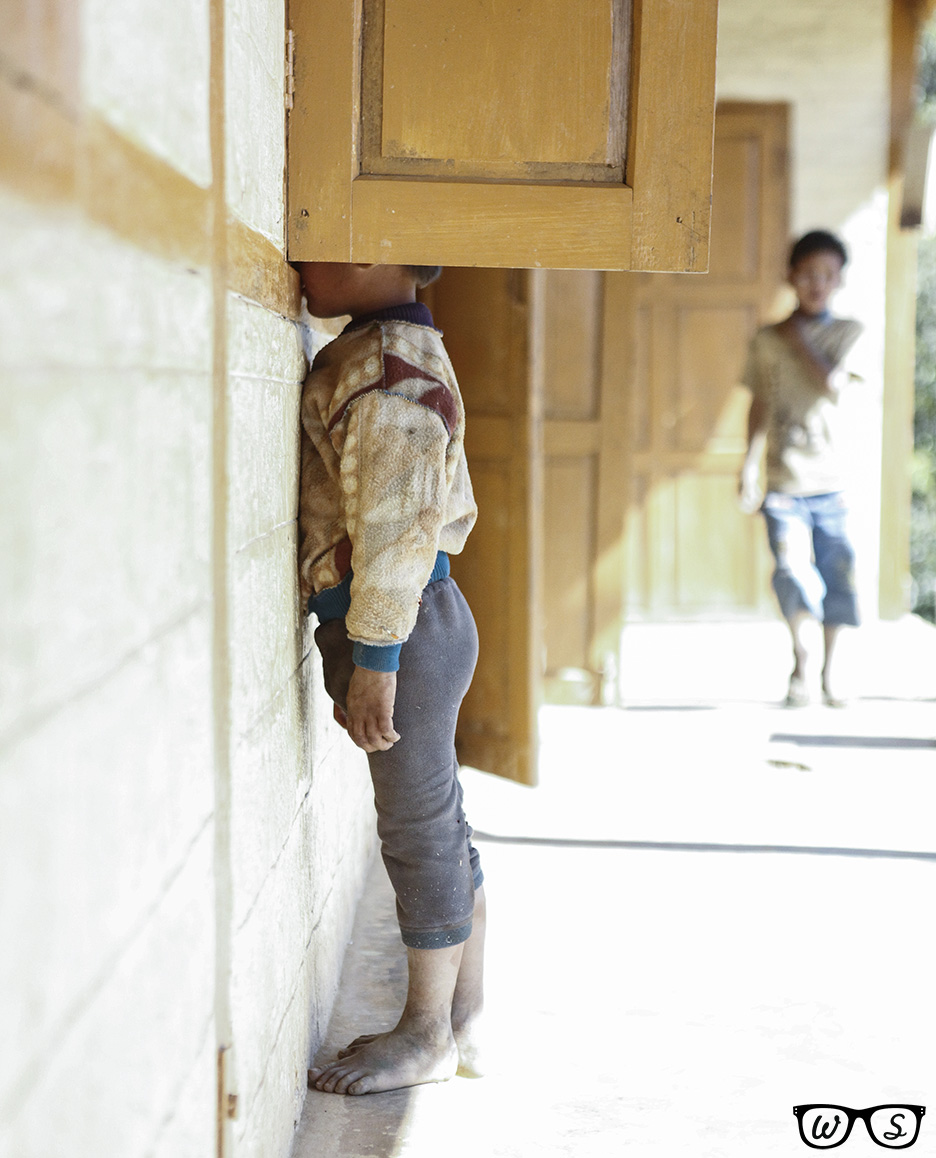 Peek-a-boo! A small child watches his friends inside the classroom.

We slumped to the hard floors in exhaustion...'

As we drifted away from the school, we discovered outlying ‘suburban’ villages and children crossed rice fields with a giggle as they passed us by. For some distance our path matched the railway lines until we came to Myin Daik. For the first time all day we were back into what felt like civilisation. Ladies traded fruit, vegetables and flowers as the men sat and conversed. We arrived in our village of Taung La around 16:00 and slumped to the hard floors in exhaustion. Our guides started preparing dinner while we cleaned up and Cathy drew attention from the children with her digital camera.

Normally I’d go into length and tell you how amazing the food was, but the most rewarding part, and the trip, was our interaction with the village people after dinner. With some translation from Yu Yu we sat around the campfire on the bare ground chatting and playing age guessing games. These people were infinitely generous and honoured to have all of us as guests in their home. I took a liking to one small boy who had a very playful but shy personality. With two hands I presented him a souvenir soft-toy koala and his initial reaction was of fright. His father assured him it was safe, and I tried to teach him of its native name..."KO-AAALA".

With the stars shining like jewels in the sky, we retired to our beds on the floor and apparently my snoring kept everyone awake in laughter...

One day in Paraguay