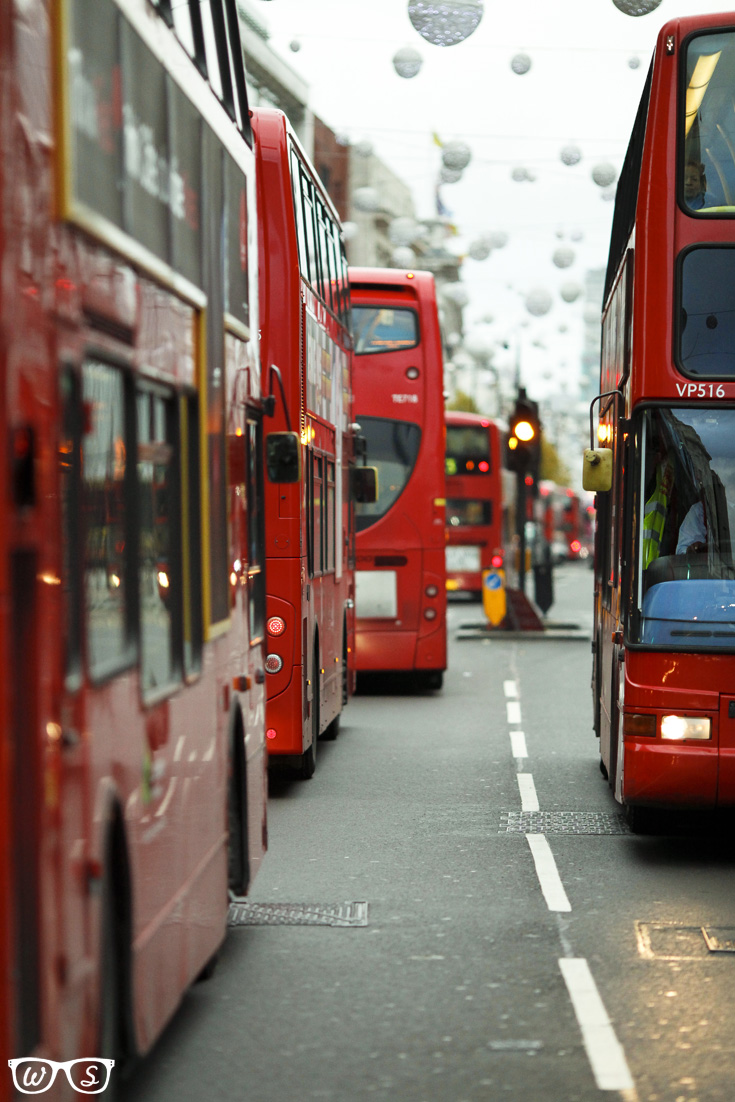 So you've just bought your flight to London, or maybe you've actually just stepped out into the blistering cold air at Heathrow Terminal 5. Either way you've probably been instilled with a bunch of stereotypes that you got from the media, movies or even your aunty Maureen's vague recollections from her acid-fuelled 1970's hitchhiking Eurotrip.

For some, a move to the big lights of London is a calculated move, one made up of many months of planning and for those lucky ones, a helping hand. You may have been moved here by your employer, or have a bunch of relatives to accommodate you til you find your feet. I'm lucky to have had the latter, regardless of how distantly they were related but for a select few it's a complete stab in the dark. A risk of 'sink or swim'.

If you have in fact just moved to London, I'm not here to hold your hand and show you how things are, but simply to guide you through some of the ins and outs... 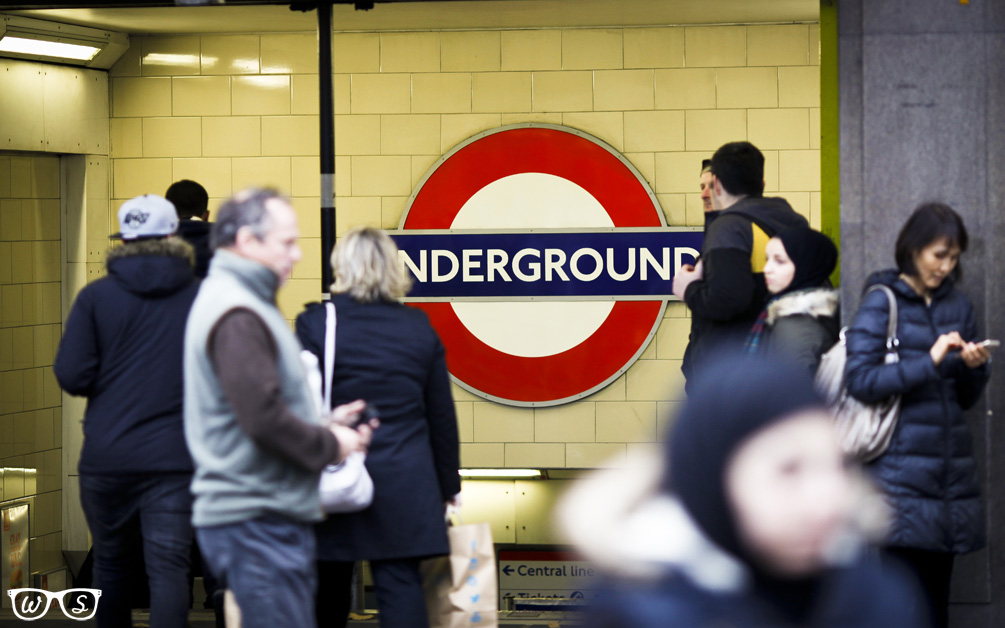 The famous London Underground will probably guarentee you get sick this winter, but it'll get you home in decent time.

So the biggest question is usually, "where should I live?" Before I moved here I had no idea! My first search on GumTree was '2 bed flats in Guildford'. On the map it looked reltively close to the city. WRONG! Transport in London aint cheap, and if you want to avoid having to pawn your beloved, signed Red Hot Chili Peppers album for a weekly ticket, I'd suggest moving within Zones 1, 2 or 3.

Paying rent's never going to be fun. But neither is having to cram onto a packed tube twice daily at peak-hour, while the bloke next to you directs his armpit stench towards your face as you wonder why you bothered to pick up that free copy of Evening Standard, only to shove it in your bag. Depending on where you might be working, living inside a 30min public transport radius is advisable.

According to TFL, this is the time it takes to get from Guildford to Central London...Looked pretty close on a map. Ha!

In most cities you have your bad suburbs, full of housing projects and drugs dealers. Standard. Well, London's not quite the same. There's the nice areas like Chelsea, Notting Hill, Richmond, Primrose Hill & Hampstead. Rent or a mortgage in most of these areas will probably be a shock to the system unless you're someone like Jordan Belfort a.k.a Wolf of Wall Street. What I found strange was that in even these elitest suburbs, there's always at least one or two delapidated housing commission buildings with some swifty looking characters hanging around. On the other hand, many areas notorious for low-welfare and high-crime, you can find a street of beauty. 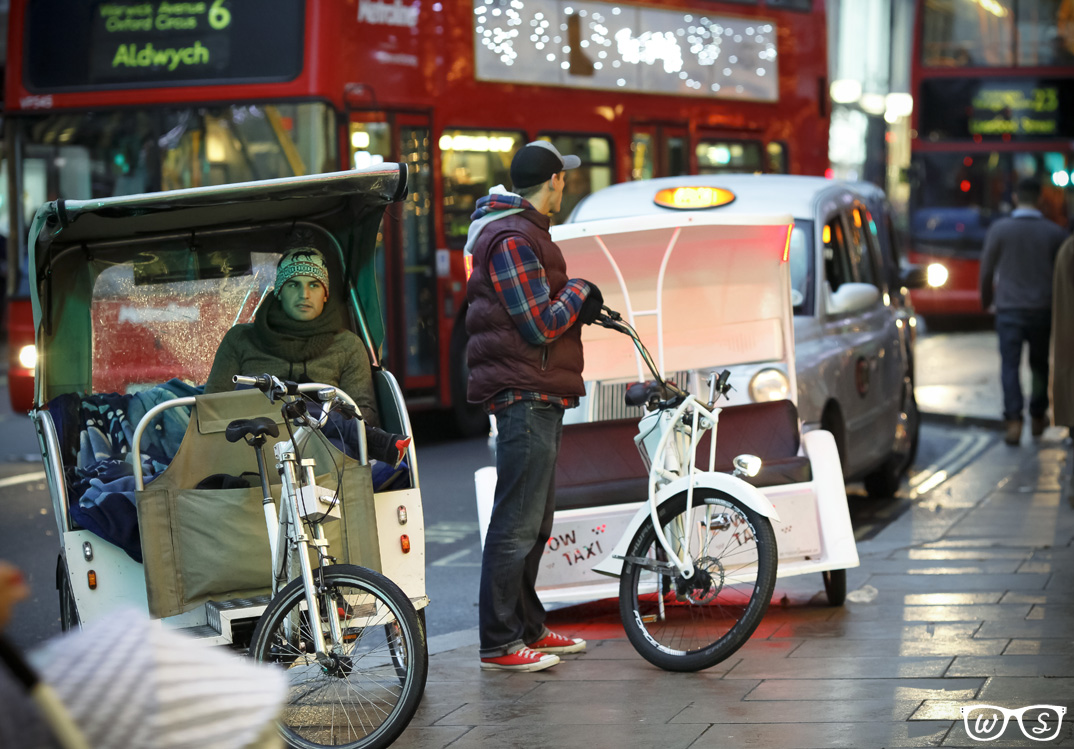 It's not just a matter of getting the rent-to-radius balance right, it's important to find the area that suits how you want to live. I like to call London the Lazy City. It's not suprising that most Londoners hate travelling unnecessarily when almost every suburb has it's own 'High Street' of shops that have more or less been copy/pasted across a grid. This is without taking into consideration you've probably got an off license or at least a 'boozer' on your nearest corner.

So if convenience is ubiquous across London, it must be the demographics who personify an area. The map below may not be politically correct but there's no denying it piss-takingly depicts just what you're going to find in each segment. The outter suburbs are slightly less definable but here is what you're going to experience... 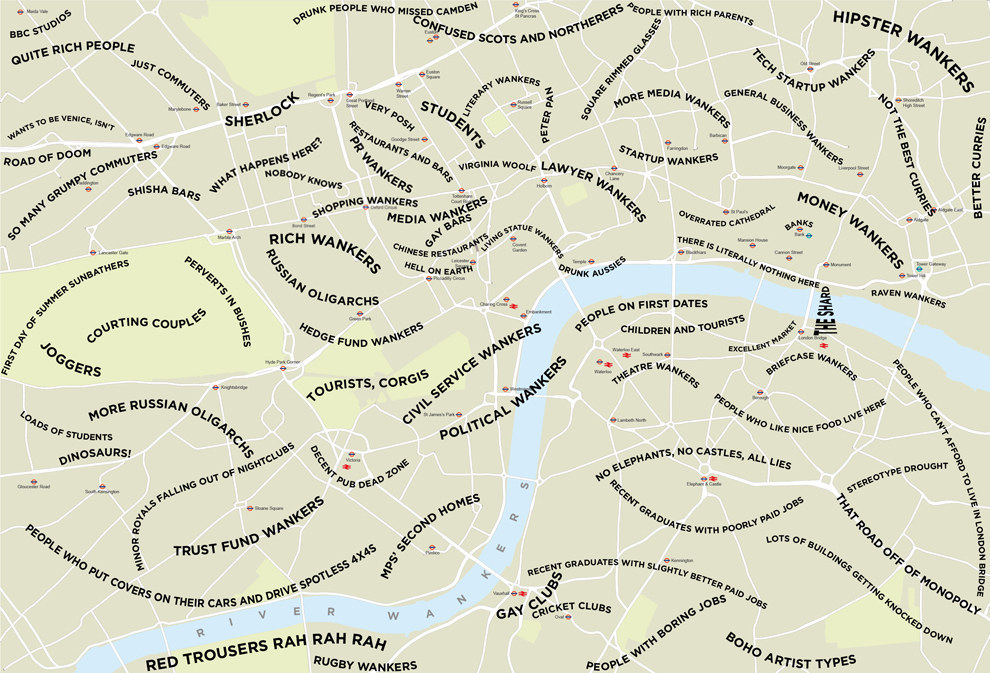 That's where I live and I love it! It has strong cultural links to the Afro-Caribbean community, whilst also having attractive Edwardian architecture and easy access to the city and Hyde Park. Expect to pay an armful in rent of you're anywhere east of Holland Park, but venture a tad further out and you'll find something more affordable. The only downside is a lack of outdoor space for that Sunday morning run. Whenever that happens.

This is the proper London. A meltingpot of every race. You'll struggle to pigeonhole any particular age, race or religion in this area...it's all here! Even the good ol' Camden goth crews. Plenty of outdoor space means lots of families love to live around these parts. You'll never be short of a place to kick a football or down a few ciders in the Summertime.

The Victorian Line is by far the quickest and when it links most of the North to the city, you're laughing! You'll find an abundance of good pubs like Smokehouse, as well as enough speakeasy cocktail bars to keep you occupied, without having to beat away the Shoreditch posers and Camden goths. Win Win!

By far the biggest concentration of hidden bars, trendy boutiques and fairtrade soy mocha chai flat white drinkers. Live here and you're right in the thick of the creative hub, but you will pay top rent for a shoe box. If you want a full-on social life and have income to burn then this is your best bet! No need to catch 3 night buses home after that big night out...

Somewhat of a forgotten area of London for some, it's finding it's new identity which is driving rent quickly skyward. All those I know that live in these parts love it! A new uprise of top pubs, bars and restaurants is bringing new life to the SE postcode. Be prepared to catch a few night buses or use taxis when going out past Underground curfew.

A cluster of young professionals and Antipodeans can be found in these parts. Close to some good bars, cafes, eateries as well as being amongst a bunch of really good Commons, you'll find a comparatively chilled lifestyle here. Generally good links to the city and for those that like to jetset, an easy exit out to Gatwick Airport.