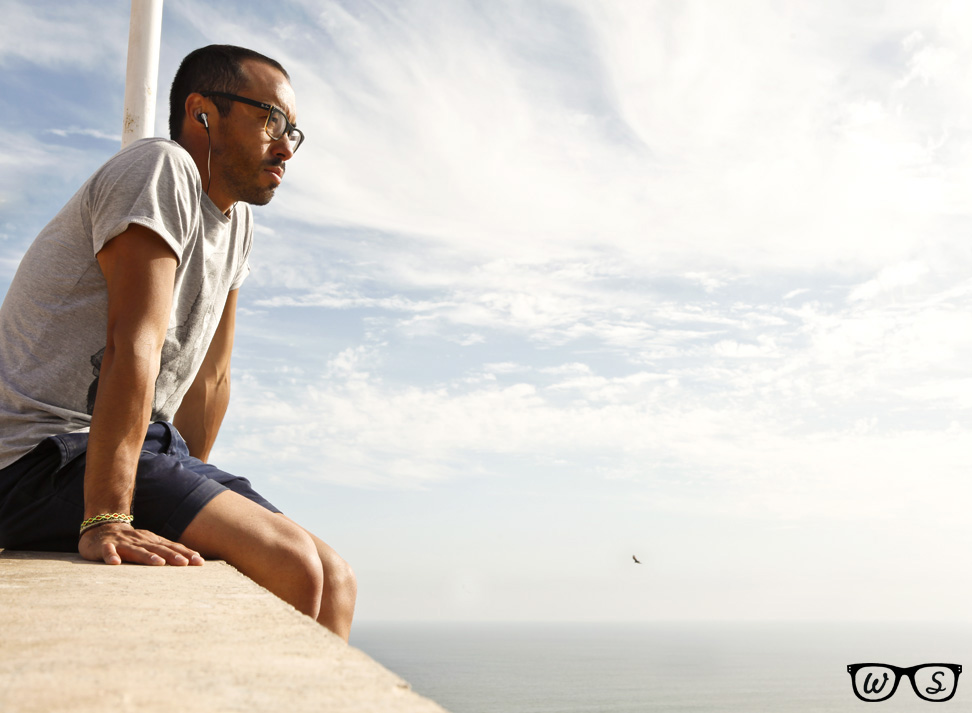 Looking out over the coast of Arica, Chile. Just me and my tunes (No, the pole is not in my back).

Whether you're on the Eurostar across the channel to Paris, or a rickety bus for 30hrs with no toilet and a cholita crushing you into the window overlooking The Andes, you need a good travel playlist!

The best way to lose yourself in a sense of adventure, freedom and thoughtlessness is to pick the right tunes. Not everyone's jam is the same and for some part will be a good reflection of the type of traveller you are.

Since flying the nest in 2009, I've always had my faithful 'Catching Zzz's' playlist loaded onto my iPod. This plethora of tunes contains no less than 300 tracks to soothe the mind & soul into a state of comatose - helpful when on a bumpy ride across the Sahara Dessert or blocking out a symnphony of snorers in a Moscow hostel.

South America was always going to be about the long-arse bus rides and I couldn't sleep the whole time, so after investing in a Kindle Paperwhite & Anker Astro charger, I had to pick my ultimate travel jam...'On The Road'.

Due to the lack of oxygen in the heights of La Paz, my iPod Classic literally suffocated. Here is a tribute to the Top 10 albums you gave me during my South American adventure...

A small piece of advice if you're traveling anywhere above 3,000m - ditch your old iPod Classic for one that stores music on a flash drive. My next travel purchase is going to be the iPod Touch 64GB. Happy listening!