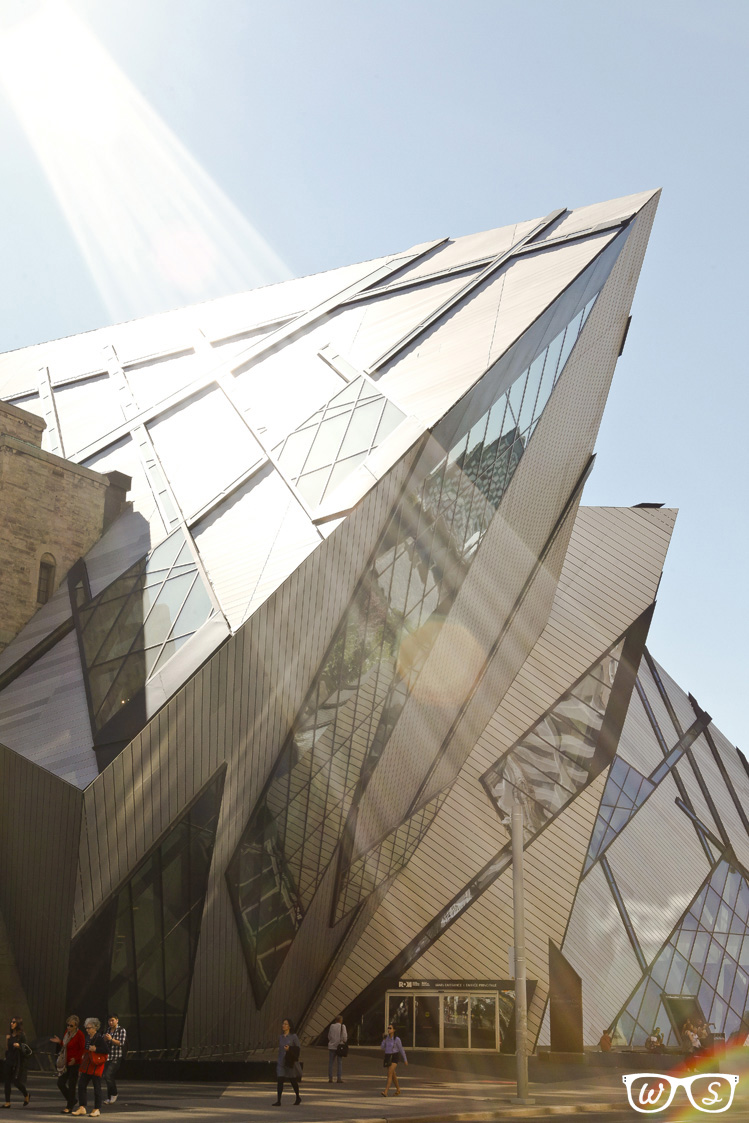 It's not every day you can say you've been in South America, North America and Europe in one day, so when I found out that I had 4.5 hours to kill in Toronto, I had to get out and see some of the city. After doing some research, it sounded kind of complicated and time consuming to get in and out of the city. Turns out its a bit time consuming but relatively simple.

After taking the 'Airport Rocket' bus to Kipling, and jumping on the subway to Bloor, you've chewed about an hour but only $3. Much better than $24 on the Airport Express service! Only 10 minutes out of the airport and a complete stranger strikes up a conversation. I'm liking this city already! The suns out, the people are friendly and if the food and coffee's good I could almost see myself living here.

"I can't help but notice a ridiculous amount of good looking people..." 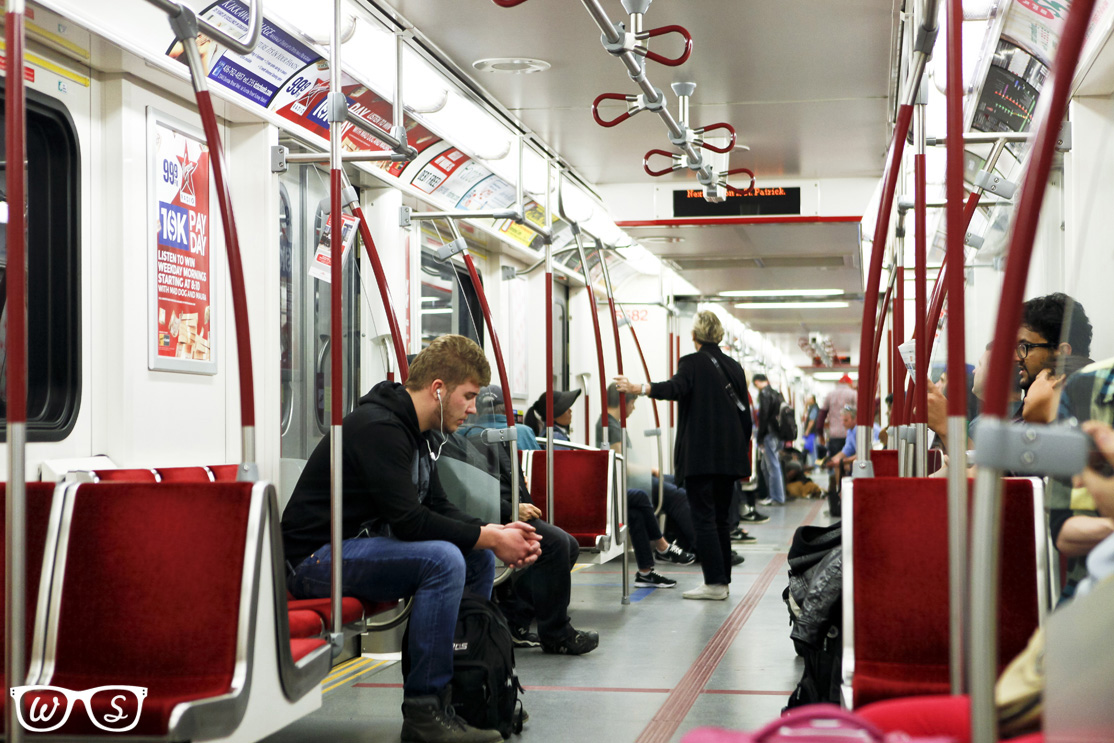 Room to breath, or do some star jumps

I exit at Bloor/ Yonge station and wander down what I've been told is their '5th Avenue'. Designer brands line the street and I can't help but notice a ridiculous amount of good looking people. It might have been the shift from South to North America but everyone seemed to have a healthy glow about them. I didn't have much time so I power-walked down to the ROM, or Royal Ontario Museum which was hosting the Wildlife Photographer of the Year Exhibition - probably the only exhibition I visit every year in London. No time to indulge as I've been known to spend hours in there.

Hunger was kicking in and I knew time was of the essence so grabbed a hot dog from the stand just outside. It was condiment city at this stand, but unfortunately couldn't compare to the hot dog stands of Brasil. 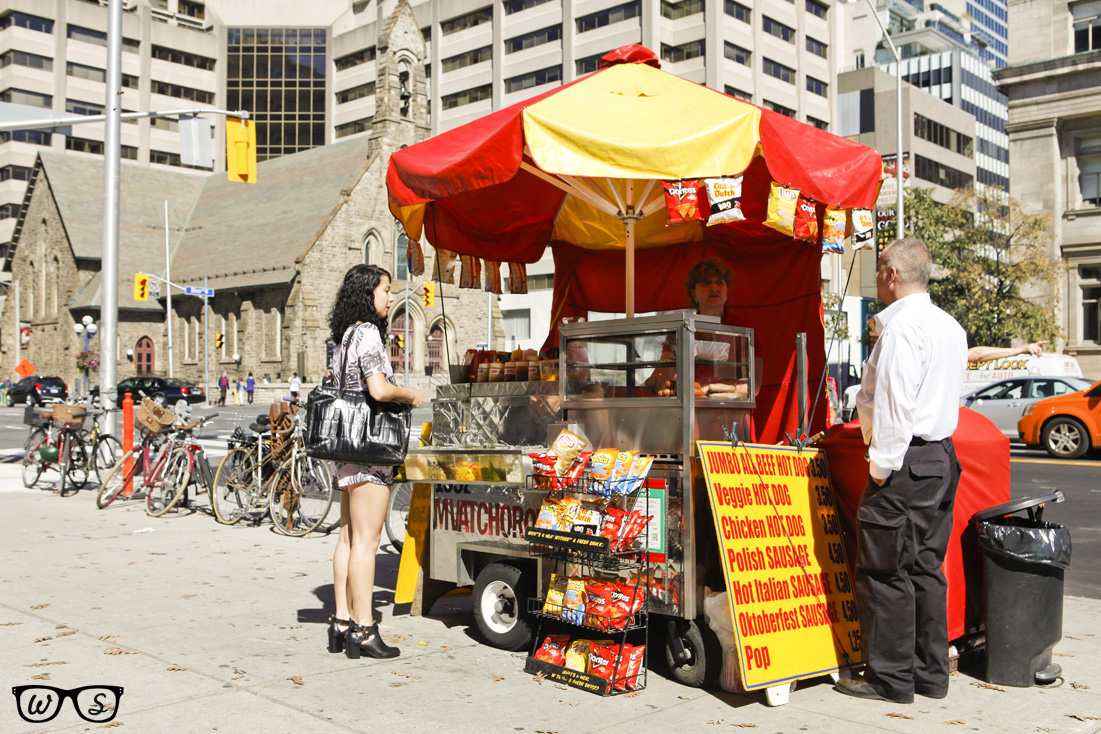 My 'dog' didn't last long and I jumped back on the Subway to Union station. First stop, Maple Leaf Square a.k.a. the home of the Toronto Raptors. Walking inside to see memorabilia on the walls took me back to pre-pubescent days of religiously collecting NBA trading cards and one day dreaming of opening a card shop. I never even liked the Raptors but instantly it took me back in time to baggy shorts, Nike Air Raid II's & Beckett Trading Magazine.

"My butcher friend, Stan, gave me a taste of his pork sausage..."

As I was doing alright on time, I diverted east to the St. Lawrence Markets near the Old Town. I've seen plenty of markets in South America, but it's title of 'Best Food Markets in the World' by National Geographic did not disappoint. Surely not as crazy and definitely not as pungent as its Latin brothers, but for sheer quality it stands out above anything I've seen. I gazed, and did some free tasting until a friendly butcher noticed my camera and started a conversation. There's no chance you'd have two strangers making conversation with you in London let alone Sydney! What were these people on?! My butcher friend, Stan, gave me a taste of his pork sausage (no, not his sausage you dirty bastardos!) and I was on my way again. 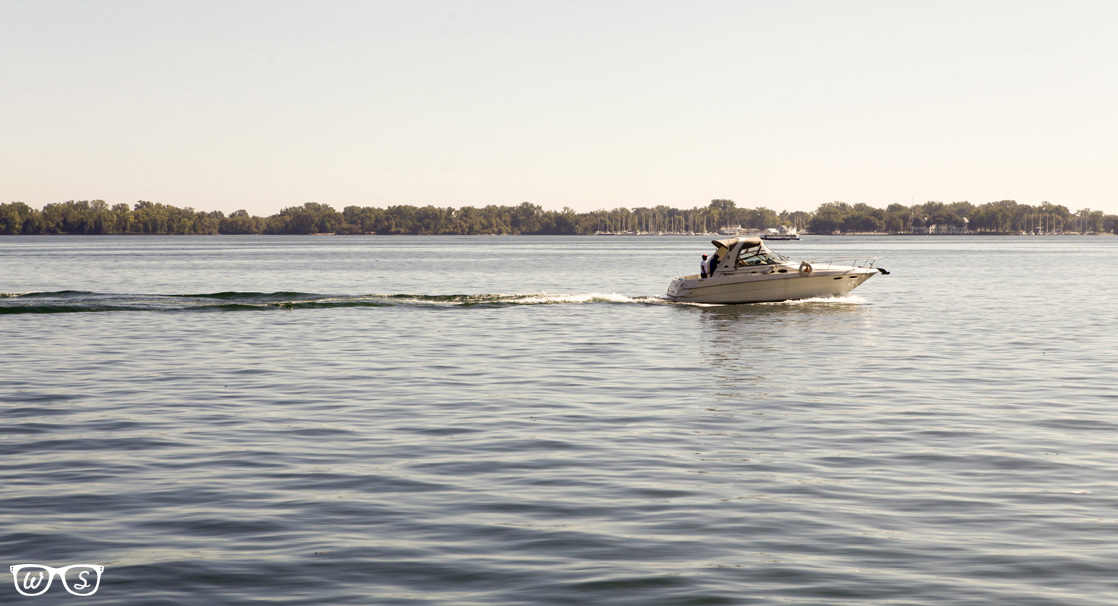 A leisure boat passes Toronto Island Park in the distance

With roughly an hour left, I headed to the Waterfront for a view of Toronto Island Park. Going from the Old Town to the new, the glass-clad buildings were reminiscent of walking from The Rocks in Sydney, into the CBD. Arriving to the lake's edge, the view of the island was a bit disappointing, only to be made worse by seeing people board the ferry for a day at the beach. I was sweating like a trooper and all I wanted to do was sit on the beach. Instead I sat on the grass and breathed in the warm clean air of freedom before it was soon to be gone.

As I lay there facing the pure blue sky, I realised only weeks before I'd never even contemplated a trip to Toronto yet here I was soaking in every minute of it. Where would be my next adventure? I was off to Geneva the following week so had that to look forward to, but what was to be my next big destination? Africa? Asia? Maybe Burma and Nepal! Who knows what can happen...Hold on! That wasn't freedom I was breathing in, it was weed! Ahhh, Canada...living up to your stereotypes...