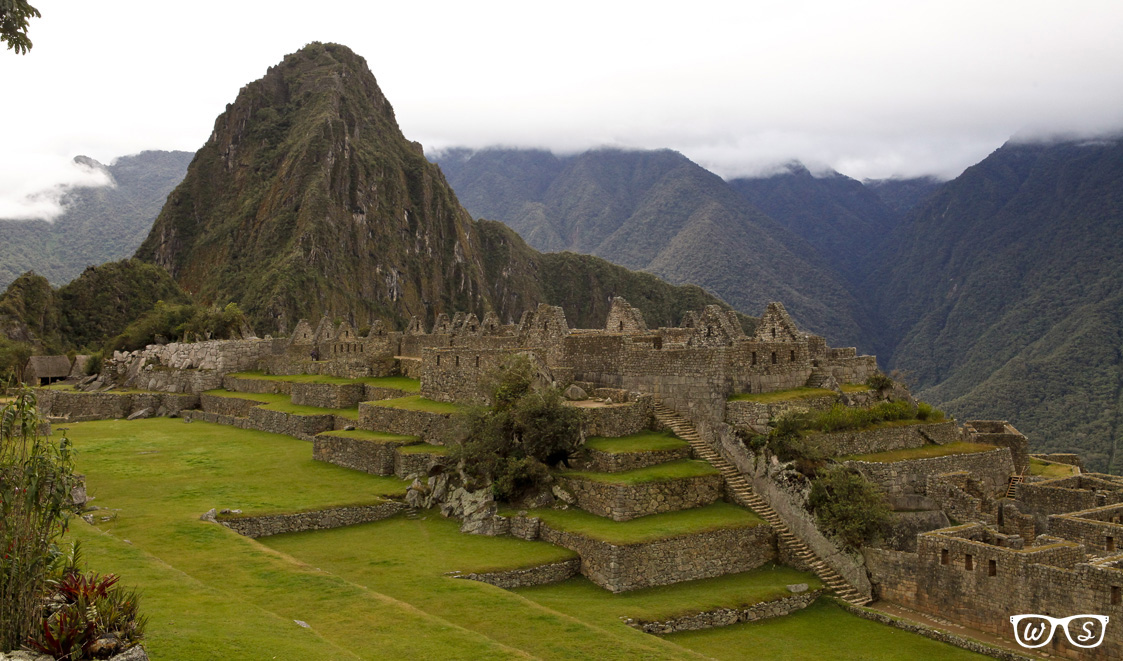 The Lost City in all its glory, without the tourists at 7am

It's on a lot of people's bucket lists. It's probably on yours! Machu Picchu, in all it's glory is not only a historical wonder but a spiritual hub for many. There's no defying that it deserves to be one of the seven wonders of the world, but sadly is nothing more than one giant tourist trap.

Not having pre-organised and paid to do the 4-day Inca Trail, I opted for the 2-day/1-night excursion with some added downhill mountain biking just for kicks. After setting off from Cusco at 6:30am, visiting the salt mines of Urubamba and thrashing a mountain bike down a hill, I made it to Aguas Calientes around 3pm. For those of you who haven't been, Aguas Calientes is the town at the base of Machu Picchu, housing thousands of 'box tickers' for usually one night. When I found out the price of the return 1.5hr train ticket from Ollantaytambo to Aguas Calientes (£100), I knew what I was in for. 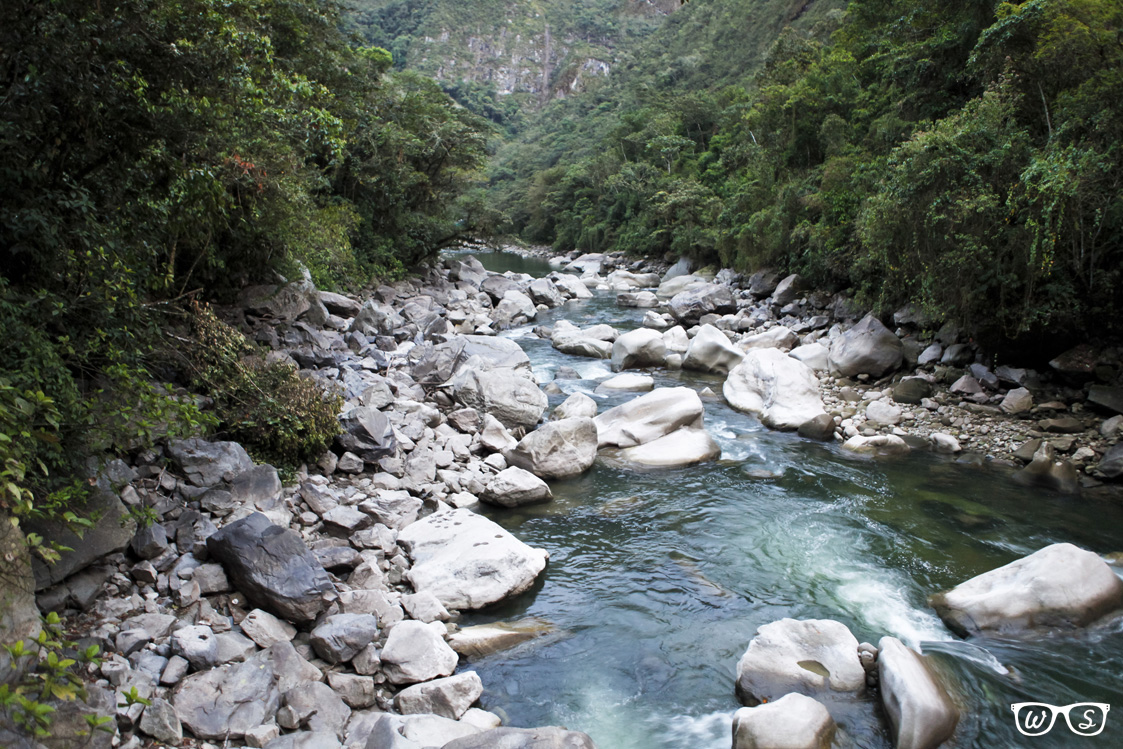 Immediately stepping onto the train, equipped with sky windows and cheesy peruvian flute music, I knew I was now a part of the masses. I wouldn't say I'm young, but I was certainly one of the youngest onboard. The Spanish couple next to me were in their retirement years and for some reason decided that one video camera was not enough and that they needed two videos of their train journey. There's at least 30 seconds of me on their video(s), awkwardly sitting across the aisle, pretending I didn't know they were filming me. I bet that's going to make some interesting viewing when they return and show their family.

Aguas Calientes is for the most part, a charming town with lots of restaurants and bars offering not only 'Happy Hour', but 'Happy Day' specials! Situated between two flowing mountain rivers, the constant sound of running water exudes tranquility and peacefulness, distracting from the fact you're surrounded by thousands of tourists.

It's 4am and my alarm goes off. I get dressed in the dark, whilst the others in the dorm are still sleeping. The goal is to hike up to the entrance and enter before sunrise and to beat the main crowds. We set off after breakfast around 5am, assisted by torches along the dirt roads beside Wilkanuta River. Bus after bus go past us and I realise that although we're alone on the trek up, we won't be alone when we get to the main entrance. After a solid hour of walking uphill we reach the main entrance and join the massive queues. Drenched in sweat and panting like a dog on a hot Summer's day, an Aussie retiree asks me bluntly, "Did you walk up the mountain?!". Catching my breath I answered, "Yeah of course". The look of complete shock gave me an indication most of the people in the line weren't there to hike but simply to tick Machu Picchu off their bucket list.

Tim, powering up the steps to Machu Picchu

Arriving inside, I was astounded how many people were already on guided tours before 7am, having told most go after 10am. I tried to make the most of the fewer number of people and take some postcard photos. My eyes automatically went into 'what angle can I take a photo and not get any tourists' mode. I didn't do too badly but considering it was early, lighting was not great. We wandered around and waited for our tour to start at 8:30am. The crowds got too much and we went to get some overpriced coffee and snacks.

The tour started and quickly our group went from 10 to 25 people. As there are no information boards inside Machu Picchu, you more or less need a guide to show you around and explain each area; or of course tag onto the nearest group and hope the guide doesn't notice. Our enthusiastic guide kept the facts rolling until we were excused and left to make our own way up either Huayna Picchu or Montaña Mountains. The most known and photographed is Huayna Picchu, resting behind the Inca's city. Montaña or Mt Machu Picchu, towers 1,640ft above it's little sister and that's where I was heading.

From below, the difference wasn't so noticeable, but knowing some parts weren't as steep as Huayna Picchu was a comforting addition. As we climbed the distance for rests stops decreased exponentially but the view kept getting better. Tourists down below grew smaller and smaller and before I knew it I could have sworn there weren't any. The higher we got, I started feeling the sheer significance of the site and had I not wanted to desperately get to the top, I would have perched myself on a rock and taken in the view alone. 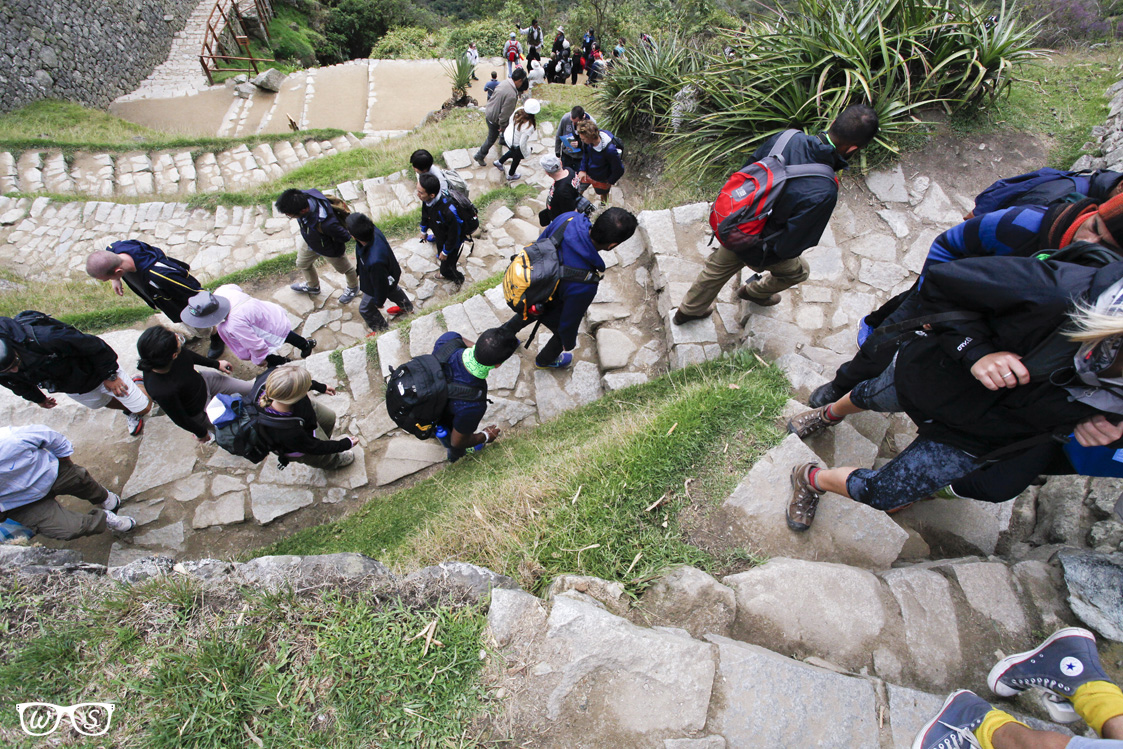 My thighs and calves were feeling 'the burn' and I'd drank all my water, which was a huge 'rookie error'. Finally after just over an hour of accent from the city, we'd reached the peak of Montaña at 3,802m. A part from the groups of people eating their packed lunches and viewing the valleys, the atmosphere was serene, the air surprisingly still. We had conquered the highest peak of Machu Picchu! There may have been 300-odd people climb the mountain that day, but it's better than being one of 3000 who arrive each day to tick off their bucket lists.

"My legs turned to a jittering mess of jelly... walking along flat ground felt like taking first steps"

I didn't have much time until my return train, and after spending time taking it all in, I had to leg it back down. I don't know what was physically harder, pushing up or straining down. My legs turned to a jittering mess of jelly and a few times I slipped not being able to control my body weight. Eventually it was over and walking along flat ground felt like taking first steps.

Tours were slowly ending and most people were heading to the 'Salida' for their buses back to their expensive hotels in town. As a last ditched effort, I managed to find a secluded part of the ruins to relax in what used to be the industrial area. Imagining the scene of Inca's fleeing Machu Picchu from the Spaniards in the 15th Century, gave me a huge sense of appreciation that although part of the masses, I have the chance to experience such a marvel. I wondered what the room I was sitting in was used for. It might not have had significance for tour groups to enter it but in that moment it felt significant to me. 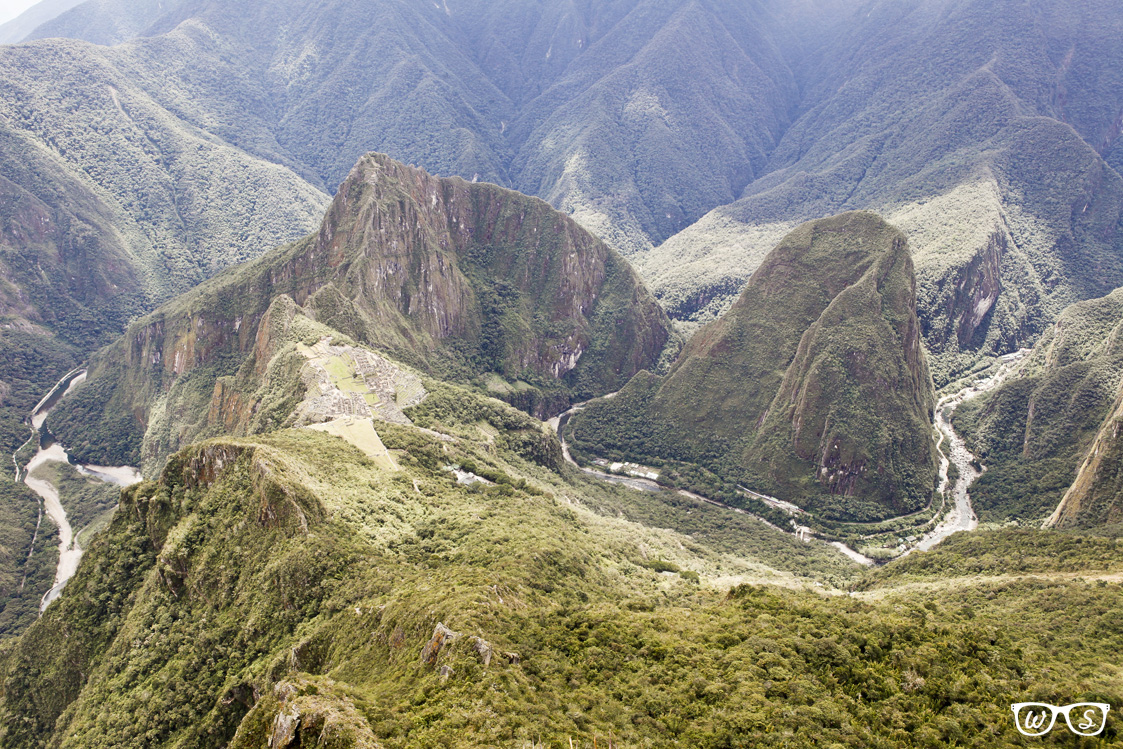 The rewarding view from atop Montaña Machu Picchu - 3,802m. The river below is where we started and finished

My time was up and I sprinted past people and their walking poles. The line for the bus back was outrageous (and US$10) and all of a sudden I'd forgotten how far we came to climb up in the morning, so I decided to keep descending. 'Jelly legs' set in again but the stairs were much easier than Montaña and I jogged down. I made it back to collect bags and even have a well-earnt beer before my train.

I realise no one person is the same, and each person's experience differ greatly due to many factors...People come from different walks of life and seek many forms of travel, but regardless, I felt as if some people that day were there to say they had been and had their photo taken.

There's something definitely magical about standing in front of Machu Picchu, looking down into an ancient city that once housed an incredible civilisation. I'm not saying you need to sit and meditate, but remove the tourists from your viewpoint, and immerse your thoughts to what life would have been like.

If you're yet to go, I'd urge you do go, but take some of the things I've said into account. You'll definitely benefit from it. Oh! And don't drink all your water before you climb up Montaña or Huayna Picchu. There's no shops up there... apparently they closed a few hundred years ago! 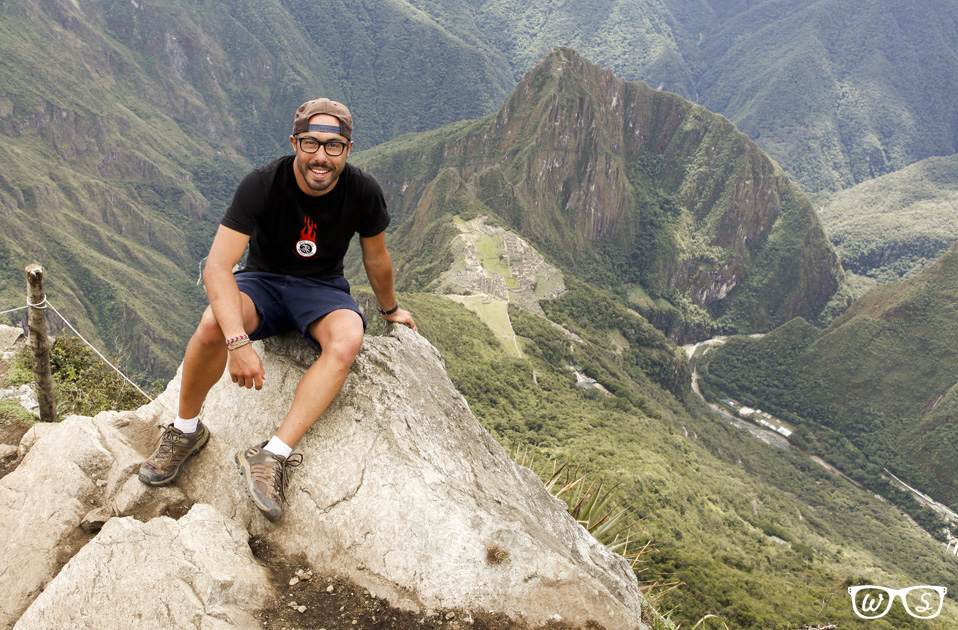 At the top of Montaña Machu Picchu @ 3,802m - (The only place I could get a photo with Machu Picchu in the background and not see any tourists)