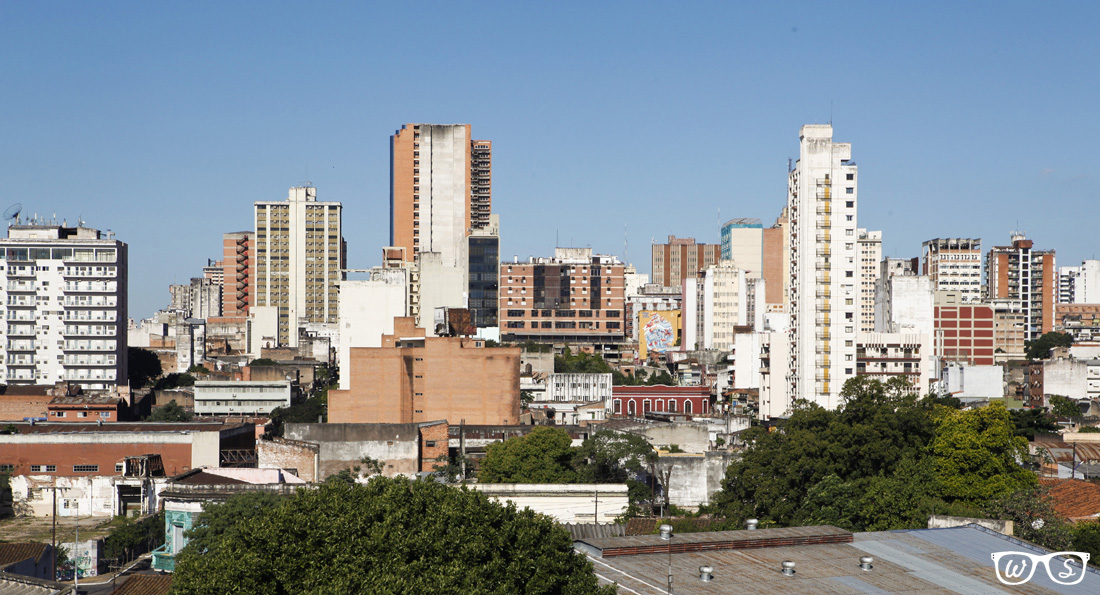 So I'm sure by now, the majority of you know about Tinder. An app with many uses, it's main purpose is to link two smartphone users of similar age who find each other attractive. From here you can take it in any direction you see fit - just for chat, sexual encounters or maybe even to meet the love of your life. I'm sure some people even use it purely as an ego booster! I've used tinder on and off for some time now with different purpose and outcomes, but this time I was to use it find a tour guide...and an awesome one at that!

Arriving in Asuncion at 6am from Foz do Iguaçu, I had already planned a bus out of there that night due to many people advising there was basically "nothing to see or do". Instead of paying for accommodation, I paid a hostel to keep my bags safe, use their showers and of course their wifi. As breakfast was already being served I made good use of the unlimited coffee and sat bathing in the sun figuring what I'd do for the day. Having already browsed my Lonely Planet Guide, which gave me few exciting options, I became distracted by Tinder. Like, dislike, dislike, like, dislike... I later found out that quite a high number of people don't have internet connections, explaining the little number of local females on Tinder in Asuncion. Not long after..'Congratulations!...' a match! "Hmmm Karin, she looks nice... speaks english... Let's see what she's doing today". After an hour of chatting, she'd not only proudly offered to show me around Asuncion, but changed her plans to do so! The day was looking much better than my initial plan of riding their crazy outdated buses around town to see the typical government buildings and museums.

After taking a shower (trickle), whereby I nearly got electrocuted by trying to adjust the flow, we met at one of her local favourite lunch spots, Bar Lido. I opted for al fresco dining as the sun was out and Karin, in her train drivers hat, insisted on ordering the Paraguayan fish soup, Sopa de Surubi. We waited some time to order and for the food to arrive but it was worth it! Served with fresh lime and bread on the side, it felt and tasted like something your grand mother would make you on a cold winters night. Not accepting that I would pay for lunch, we headed in her family's ute around the city. 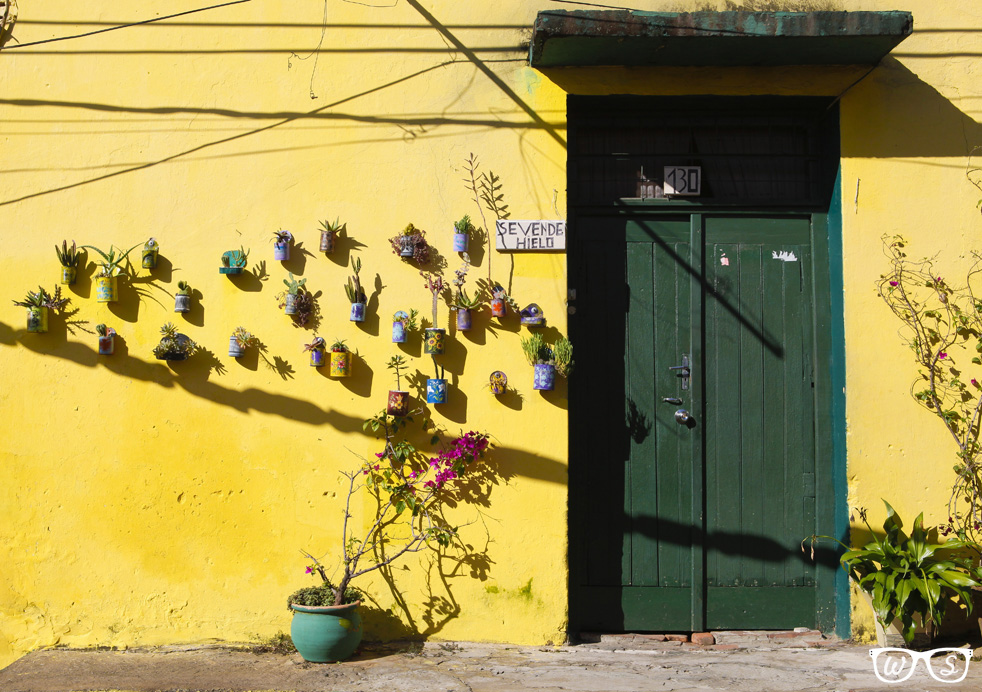 On route, we passed typical government buildings and tourists on the way to a small community called San Jeronimo. Karin works as an Architect and in a previous role, was part of an urban improvement project that helped rejuvenate and bring life to what was a listless and poor community. You might even call it the favelas of Asuncion. The small, brightly-coloured streets reminded me of Caminito in Buenos Aires. Little alleyways wound around concrete houses that were painted any colour of the rainbow. Very few people know of San Jeronimo and I was surely the only tourist around. Smiling children played in the streets and some looked through windows as we gazed. Down one small alley, was what just looked like another home. Karin entered and a lady greeted her at the door. After Karin handed her GS$5,000 (£0.70), we walked up a set of small stairs at the side of the house to the rooftop. The private roof terrace had 360 degree views of the river and the city behind. Through the urban development project, these home owners were able to brighten the community and draw locals and some knowing tourists for business. Over time, the owners of this amazing roof terrace were able to use the money made from viewers to build an extra level for higher viewing and a private bar. If we'd had time to stay it would have been the perfect sunset spot... A cold cerveza on a hot afternoon... Perfection in Asuncion!

The neighborhood of Las Mercedes, is one of the more creatively inspired areas and Karin's friend Helen is part of a creative co-operative brought together to make 'Alfonsina'. A cute establishment, Alfonsina houses a courtyard cafe, jewelry store, boutique locally made fashion and art space. Undoubtedly this would be a massive hit in London or even trendy parts of Sydney, but virtually unknown by the people of Asuncion. Paraguay is yet to find it's creative roots but when it does I'm sure Alfonsina is going to be at the forefront. 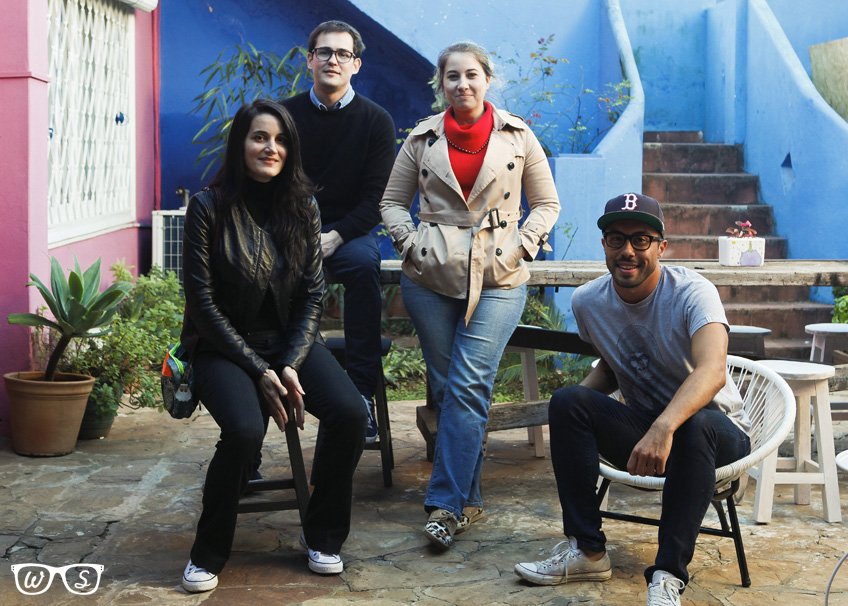 As one of the main missions of the day was to try the local delicacies, Karin drove across town to a suburb called Carmelitas, where the streets were filled with expensive designer shops, lush houses and popular bars. Here we went to El Cafe de Aca, in search for Paraguayan beer, and an popular afternoon snack. Unfortunately the menu only included imported beer so I opted for the local hot tea drink called cocido made with burnt honey and milk. Travelers of Brasil will become well aquatinted to Pão de queijo (small bread balls with cheese), but Paraguay has it's own version. More dense and ball-shaped it certainly filled my craving for it's Brasilian counterpart.

With little time left, I was finally allowed to pay the bill and we headed back to the river to swat swarms of insects and watch as the sun went down on an amazing day. 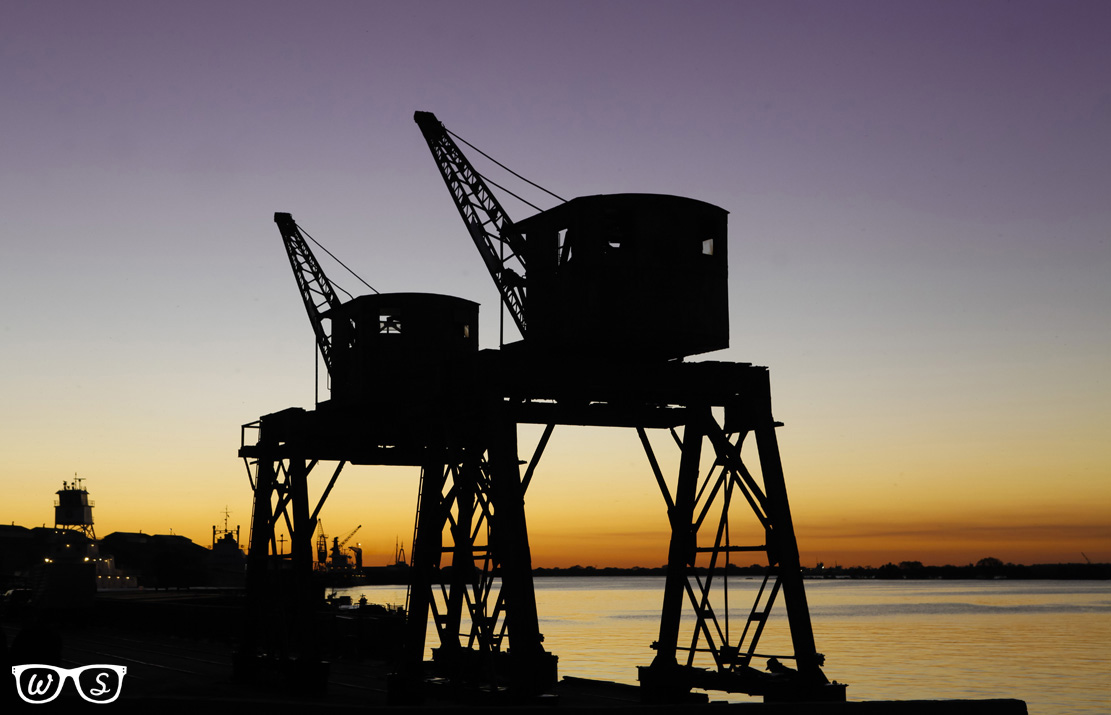 For those of you wondering if the date ended in romantic fashion... Well, a gentleman never tells. But what I know is I've made a great friend, and that's gotta be one of the best things of traveling. I've crossed over the border in Bolivia and still yet to try that Guaraní beer so looks like I'll just have to come back.

I don't know if there's other people out there like Karin - willing to meet strangers to show off the best features of their city while also paying for their lunch - but there should be more. I've had some bad luck so far on this trip but this has definitely made up for some of it! Karin helped change my idea of Paraguay and in turn I'll continue to try and change others. We all have different experiences of a city but if you can get as close to seeing the city from a locals perspective, I believe you're going to have the most rewarding experience.

A huge thanks to my new friend and the best guide in Paraguay, Karin! Unfortunately to those planning a trip to Asuncion, she will be moving to Buenos Aires. But give it a few months and she might be offering tours there as well! 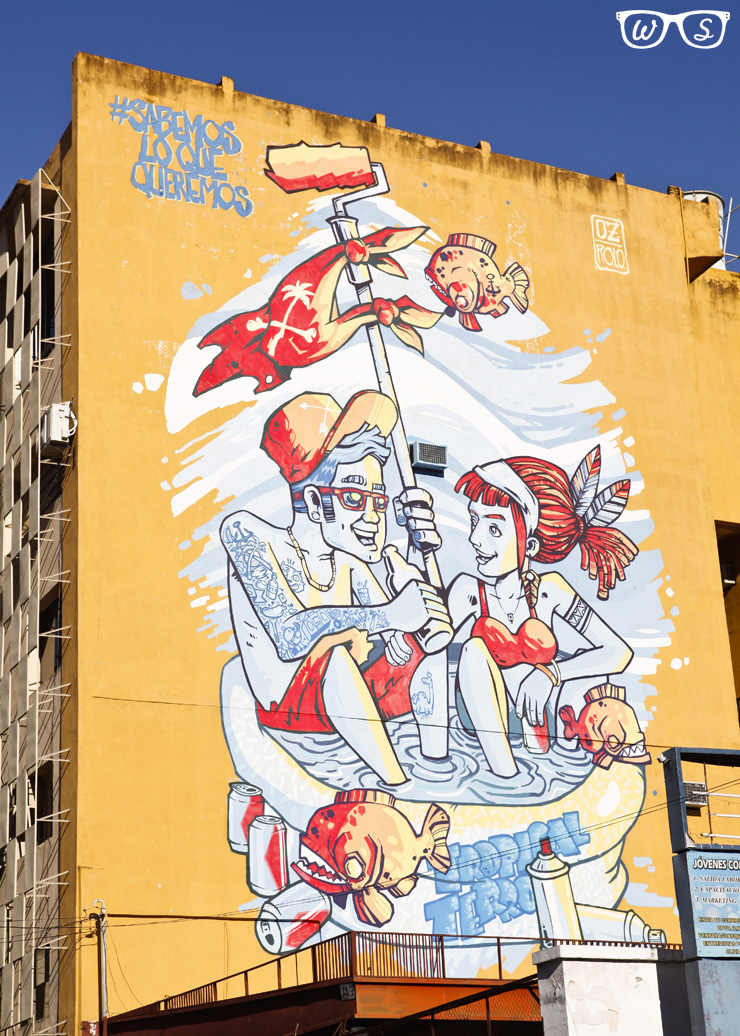